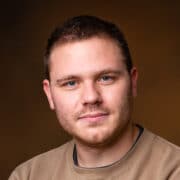 Phil has been working and volunteering in education since 2007, and read Computer Science at the University of Cambridge. Following that, he became a teaching assistant, completed his PGCE at the IOE, and was a primary school teacher for five years in Cambridge. He has been an active trade unionist for his entire career, serving on the NEU New Professionals’ and Young Workers’ National Council and as a union delegate to Cuba. As a teacher, he participated in the STEP4SEAs project.  He is currently completing a MRes at the University of Portsmouth, looking at the ideological role played by Edutwitter.

Phil is especially interested in trade unionism, critical pedagogy and the critique of ideology. He is an editor at Education for Tomorrow, and recently co-edited and contributed to Beyond the Blockade (Manifesto Press), a collection of writings on the Cuban education system.

Working from Home: the ADHD Experience

By Phil Yeeles and Abi Angus This week marks Neurodiversity Celebration Week, as well as a big step up in COVID-19 prevention strategies across the UK. Many of you will be adjusting to working from home for the first time, or getting used to a big increase in working from home. It feels like a…

The NAHT have today released a damning report detailing their members’ response to the Government’s pilot of the new multiplication tables ‘check’ (MTC) for children in Year 4. The test has been an educationally dubious waste of time and money, hastily implemented and with multiple technical flaws. As LKMco’s resident ex-Year 4 teacher, I’ve gone…

The disingenuous nature of ’empowerment’ in edtech

Technology is often presented as a means of empowerment within education, but we are in danger of actively holding pupils back by ignoring the inherent class bias of this narrative. I recently attended Bett, a large educational technology expo held annually at the ExCeL London. There were many impressive products available to preview, from a…