Disagreements Don’t Have to be Disagreeable

Other people’s views on education can be frustrating. Debates are often tiring. Anger is exhausting. However, disagreements do not have to be disagreeable.

When I’m next faced with someone else’s opinion, I will remember these three things:

1.      Sometimes we seek the same outcome, but not the same pathway

Most people in the education sector agree that all young people should have equal opportunities for success. That aim binds us together. Personally, I quite like it. It makes me feel like part of a movement and it would certainly be odd if this was not the case.

But how do we reach that common goal? The pathway is not simple and this is where our values come into play.

Let’s take the single-sex schools debate as an example. Research suggests that in single-sex schools, girls are less likely to view their maths ability as ‘below average’ and boys are more likely to see themselves as ‘above average’ in English. However, I don’t think single-sex schools are a good way to achieve equal opportunities for boys and girls. This is because I strongly believe boys and girls should learn to live alongside one another. I also think we should be using education to tackle all forms of gender inequality. For me, mixed-schools are a useful platform for this. Making my work-life easier, my colleague Ellie agrees. However, other people don’t.  Some argue that we should segregate the sexes. I can see some logic behind that argument: girls/boys seem to have improved self-confidence in maths/English when we separate them, we want to boost attainment, therefore we should segregate the sexes. The reason I disagree with this camp of thinkers isn’t because I doubt the evidence about girls’ and boys’ attitudes. It’s because I don’t think improving attainment is the most important factor in improving gender equality.

I welcome those who disagree with me. I purposefully seek them out. That is not because I want to start fights or ‘win’ arguments (anyone who knows me would agree I am a lover not a fighter). I simply do not want to live in an echo-chamber. Apart from being incredibly dull, that kind of life-style isn’t likely to help me develop personally or professionally. Nor is it likely to make worthwhile change happen.

One of the greatest things I have learned in my 27 years is that other people’s brains are amazing. Empathising and sympathising with others is how I have made, and still make, sense of the world. It’s too easy to just listen to people with values that are similar to mine, however.

We need controversy to shape who we are and what we believe in, but it’s more than that. If we truly want to end educational disadvantage, we need to understand and learn from one another. Remembering that we often have common goals helps us to listen, challenge our own opinions and to take action.

Don’t get me wrong, education policy-makers (including, but not limited to, politicians) often grind my gears. Given the way ‘Prime Minister’s Questions’ is conducted, it’s hardly surprising. However, it’s too easy to think education policy-making is a wholly nefarious act where Dick Darstardly-esque politicians play out their intentions to ruin the world. 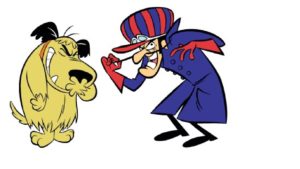 It’s more challenging to think of policy-makers (including politicians) as people. These people, like you and me, have feelings and values. Even though they may be seeking the same overall outcome, their value-based plan to get there might differ from each other’s/yours.

For example, both Labour’s Angela Rayner and the Conservative’s Justine Greening have publicly spoken about the importance of education for social mobility. On face value, it would appear they have a common goal. Yet their plans are different. Angela Rayner has announced plans to use £10 million to fight period poverty in schools, Justine Greening has not. Justine Greening said the National Funding Formula would help to “rectify…the unfair postcode lottery”, Angela Rayner disagreed. This is arguably because the way they see the world and the purpose of education is different. I don’t think deciding which of these policies we should support is as easy as establishing what is right or wrong. It’s not even as easy as identifying ‘what works’. If we want to move forward, we need to listen to policy-makers (including politicians), understand their values and have a conversation.

3.      Being an aimless follower is not useful

We are probably all guilty of joining bandwagons. I have the top of my right-ear pierced because all the girls at my school did. I also tried to pierce my own earlobes because  Simon Armitage pierced his. Unfortunately, bandwagons are also apparent in debates about education.

I admit, when I first started teaching, I venomously attacked supporters of the free school movement without ever really understanding my ‘opponent’s’ point of view. This was because I repeated what I’d read in a few select newspapers. I simply dismissed opposing standpoints as drivel and I didn’t listen. Needless to say, I didn’t learn anything and I remained in my echo-chamber. Fortunately, I grew out of this phase and have learned a lot more since.

Aimless following can also occur where we idolise individuals and their viewpoints. It can be comforting to think that you are part of a club and that one person will always point you in the right direction of what to think. For example, you may find that everything Laura McInerney,  Loic Menzies,  Becky Francis or  Sam Freedman say is gospel. They do indeed say a lot of well thought through things. If you get the chance to talk to one of these people, you may find yourself giving them enormous amounts of praise instead of questioning or challenging them. If you don’t really understand their viewpoint or your own, this isn’t useful for anyone.

Disagreements do not have to be disagreeable. Recognising common ground, understanding values and challenging the ‘education big dogs’ can be enlightening.

Schools and the National Tutoring Programme: taking back control?

Our Government is at fault for the failings of the National Tutoring Programme, but schools also need to raise their game to ensure its success. ‘Just give us your f***ing money!’ Who remembers Bob Geldof, in the middle of the heat of Live Aid, shouting this at all of us watching on TV?’ Well, sometimes…

This year I got a civil partnership and became a parent for the first time (mandatory baby pic, below). To complete a trinity of life events, I’ve got a new job as an Associate Director at the research consultancy SQW where, alongside continuing my work in education, I will contribute to work in health, social…