What Theresa May Got Wrong About Youth Homelessness

Yesterday, in response to a question from Rosena Allin-Khan (Labour MP), Theresa May attempted to outline facts on UK homelessness. Whilst her response included truth, it did not outline the whole picture. I found two quotes from May particularly troublesome:

May isn’t incorrect. As we explain in A Place to Call Home: Understanding Youth Homelessness, “it is a mistake to equate homelessness simply with ‘rough sleeping’.” Homelessness can take other forms such as:

My problem with May’s response, however, is that she over-emphasises the distinction between rough sleeping and other forms of homelessness. Even if not all homeless children will be sleeping on the streets, does that make homelessness OK?

Our research into youth homelessness shed light on the circumstances that many young homeless people live in, despite not sleeping rough. Many young homeless people may find themselves relying on emergency accommodation or a friend’s sofa. This creates chaos in their lives and can result in anxiety. Thousands of young people do not know the next place they can sleep, have to carry their belongings from place to place and, ultimately, have nowhere that they can call home. And that’s what we need to remember. It’s not just about how many people are sleeping rough, it’s about lacking a home. As one of the young people we interviewed explained: 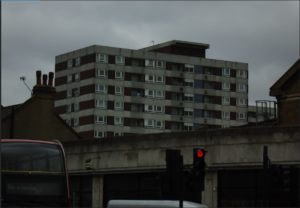 “It’s not like you have to be sleeping on the streets, but you don’t have a place to really just rest your head and be at peace. If you’re living in a place where there’s violence and there’s things that you don’t condone or you shouldn’t even endure as a human, then you’re homeless…” Yasmin, London.

2. “I would also point out…that statutory homelessness is lower now than it was for most of the period of the last Labour government”

This isn’t a complete falsification, but it is misleading. A reduction in the numbers of people classified as statutory homeless does not necessarily mean that homelessness has reduced.

Statutory homelessness figures are based on the number of people who have approached their local authority for homelessness support and have been accepted as homeless. To be accepted, a homeless person must:

If homeless people do not make contact with their local authority for support, or do not qualify for support, they will be effectively hidden from statutory homelessness statistics.

The national story we found in A Place to Call Home was startling. 16-24 year olds who are accepted as statutory homeless make up just 12% (16, 000) of the total number of young people who approach their local authority for support. Furthermore, on any one night, up to 255,000 16-24 year olds are estimated to experience hidden homelessness. 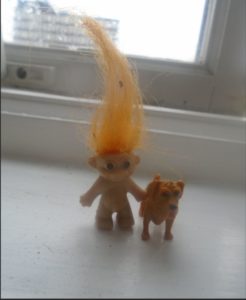 Statistics from Crisis’ 2017 Homelessness Monitor also question the relevance of May’s statement. Although statutory homeless figures have decreased, statistics indicate that the number of people sleeping rough has increased. Official rough sleeper counts in 2016 showed an increase of 132% since 2010.  St Mungo’s robust monitoring system also confirmed that rough sleeping in London has almost doubled since 2010.

As outlined in our report, the government’s methods for tracking trends in homelessness do not tell the whole story and need adjustment.

In light of Theresa May’s statements on homelessness, it seems pertinent to re-emphasise two of our key recommendations:

The Department for Communities and Local Government should commission research into:

Homelessness is an everyday reality for many young people in our society. Accepting this is an important step towards taking effective action. Whether or not they are sleeping rough, thousands of young people will be without a home this Christmas. That is not good enough.