I’ve never really written much about school funding and cuts, largely because it’s not something I know a huge amount about. However it’s increasingly clear to most people in the education sector that funding is not an issue that can be shied away from any longer. Unless you’re the government…

A quick look at the following graphs from Friday’s EPI report would give most people who care about improving education cause for alarm. But not the government… 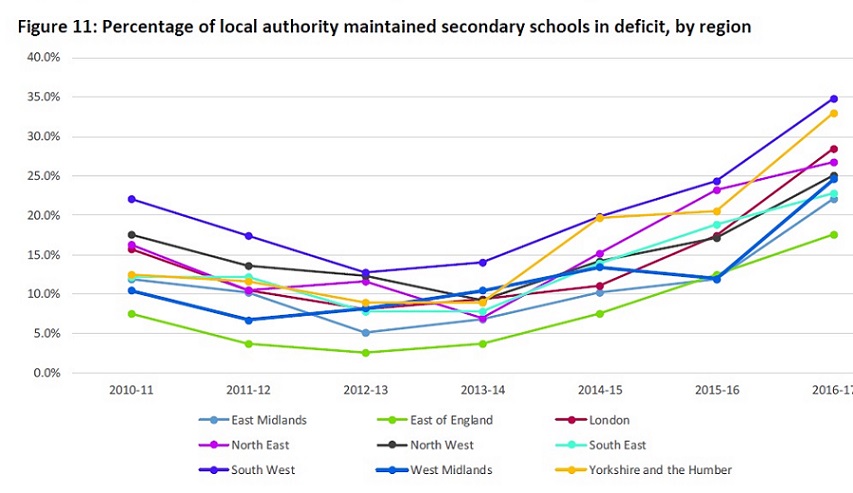 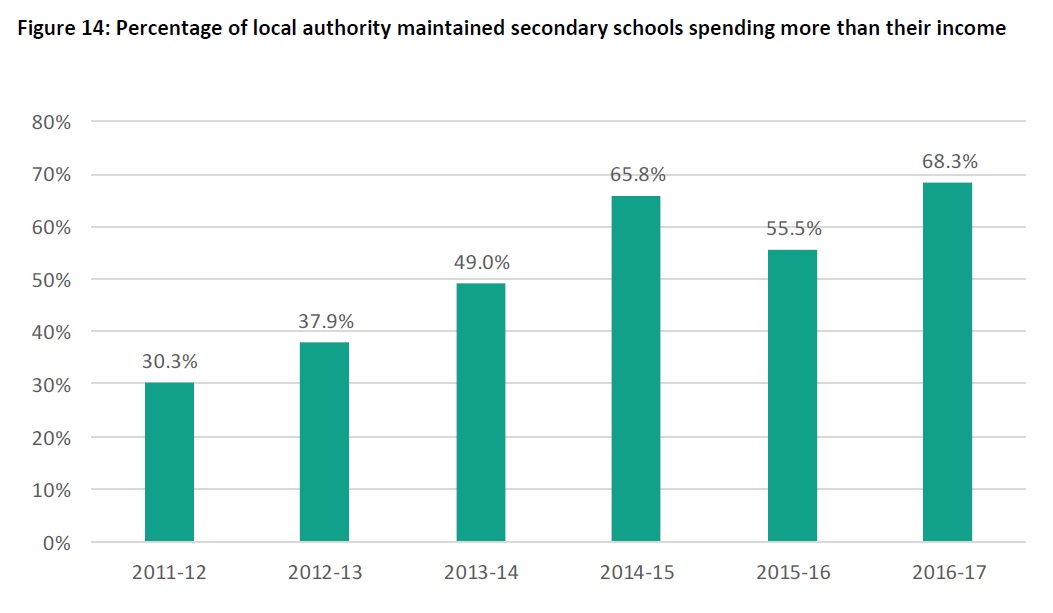 Schools are already having to make tough decisions

Apparently, unlike most current, ex- and trainee teachers, the government “do not recognise these findings.” They also reject the findings of a recent report from academy accountants Kreston Reeves, which finds that the proportion of trusts operating with a deficit has increased from 21% in 2015 to 55% in 2016/17.

It’s unclear how the government are able to maintain this position. The DfE’s own interviews with head teachers (cited in a 2016 NAO report) reveal that schools are increasing class sizes and contact time to cope with funding cuts.

The NAO went on to report that in forthcoming years schools planned to:

None of these seem great approaches to improving standards.

News that schools elsewhere in the country are doing better is unlikely to reassure parents of pupils in the third of LA secondary schools in the South West that are now in deficit. Given the government’s slim majority and dependence on recent parliamentary wins in Cornwall, this should surely be a wake-up call – particularly given that school funding is an increasing concern amongst voters.

And still, the government insists schools should respond to austerity by getting “the most out of every pound they spend.”

Were the situation not so worrying, the claim that the solution lay simply in shifting energy supplier would be comical.

Given the mounting evidence, repeating that “thanks to our reforms and the hard work of teachers, standards are rising in our schools” no longer cuts the mustard.

The government has largely given up on trying to deny the teacher recruitment and retention crisis. It’s high time it did the same on school funding.

The government has largely given up denying the teacher recruitment & retention crisis. It’s time it did the same on school funding Click To Tweet