LKMco welcomes the Department for Education’s announcement today of new teaching internships for undergraduates in their last year at university.

The announcement provides an evidence-based response to the finding in LKMco and Pearson’s 2015 report “Why Teach?” that ‘accidental’ entry to the teaching profession was surprisingly common.

The report described accidental entries as examples of becoming ‘hooked on teaching’, and called on government to “get teachers through the door – since it is then that they can experience what makes teaching rewarding.”

“This is great news. Many lifelong teachers never actually planned to join the profession but interacting with pupils and the joy of ‘making a difference’ is enough to win many talented professionals over. It’s important to ensure more people get a chance to experience this and today’s announcement promises to make that possible. I look forward to seeing the results of the trial and, if successful, to seeing it extended to other subjects”.

Stephany, a Deputy Head at Meadow Primary School in Lowestoft was one teacher featured in the report who became ‘hooked on teaching.’ She explained that:

“I went into it because I wasn’t sure of what else to do, but I think once I got there I realised how great a job it is… I spent, I think, two weeks in the school and basically just fell in love with the entire thing and I was lucky enough to be with a teacher who was very friendly and gave me lots of kind of responsibility…I knew nothing… I found her quite inspirational… So from that moment on I knew that that’s what I wanted to do.”

Similarly, her colleague Sabiha began by volunteering in a school, then became a Teaching Assistant and then went on to do a PGCE:

“I learned about myself during that time and learned that I really love learning, I love education and it just felt really good and I was happy and it felt nice to have that relationship with all the children.”

Meanwhile, Nick, a Secondary School teacher in Cambridge took a short-term job as a cover supervisor and ended up ‘hooked on teaching’ for largely socially-minded reasons: 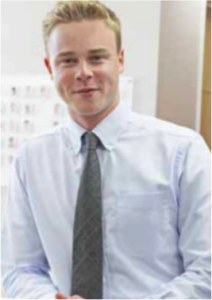 “I wouldn’t say that I was a particularly selfless person before I did this. I didn’t think that much about needs of others and I came from a wealthy, homogenous background where I wasn’t unaware of people’s hardship, but I wasn’t particularly engaged in reducing suffering either. And when I had my eyes a little bit opened to the level of suffering that was going on even in the place that I’d grown up, I became rather dedicated to the idea of reducing it… for the first time I felt like I was doing something I genuinely could be happy about – that I’m proud of and was worthwhile.”

“Why Teach?” by LKMco and Pearson is based on analysis of data from thousands of teachers on why they entered and stayed in the profession. It is available here.