The impact of mentoring: Schools Week covers our research 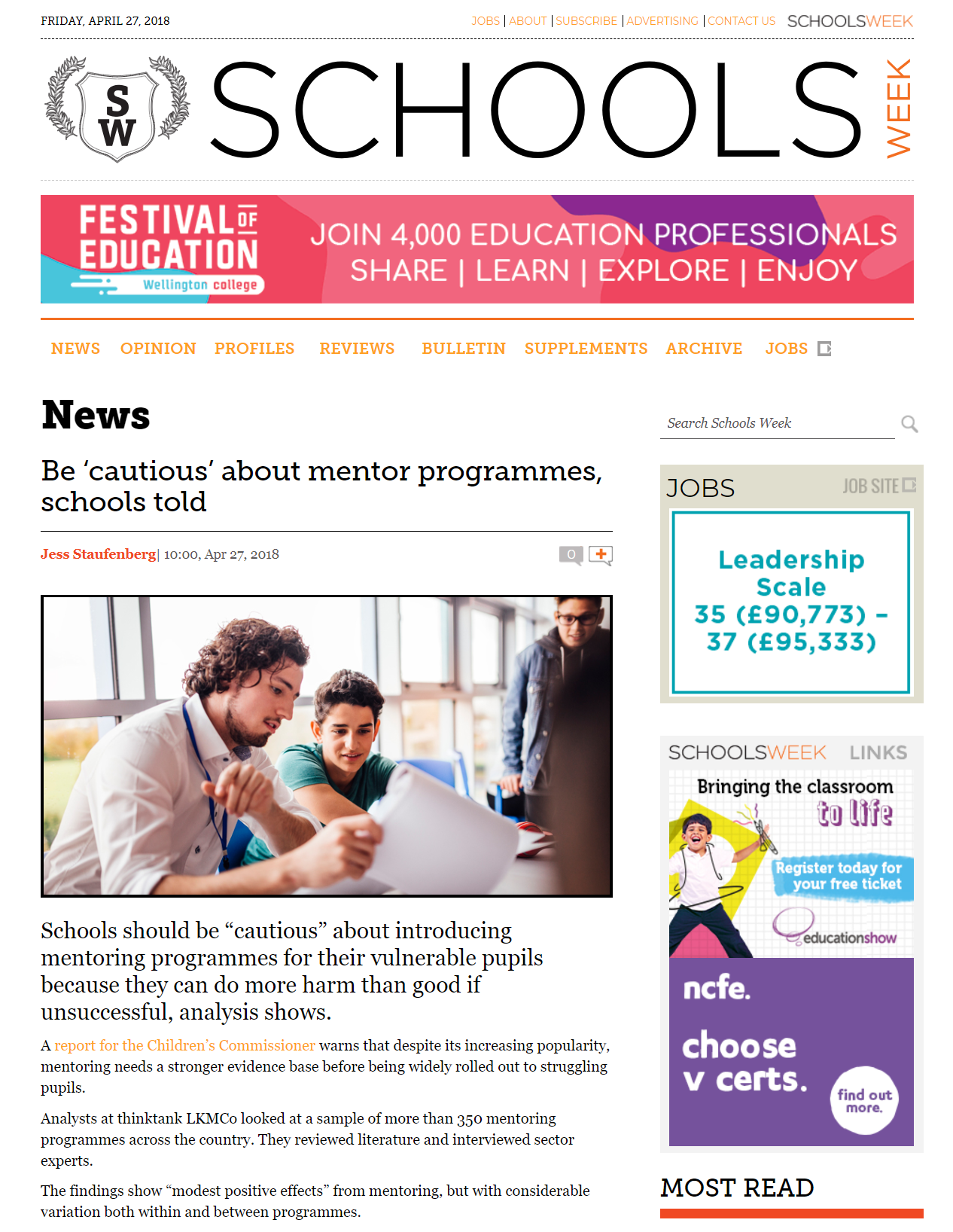