Collectivists, Functionalists and Critics: What do Teachers think of their Unions? 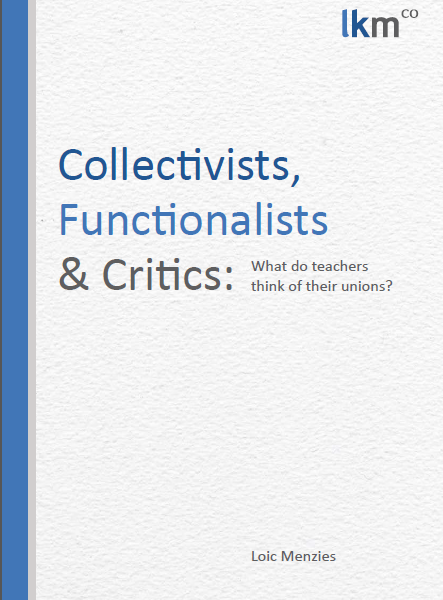 While the Coalition government uses low strike ballot turnout to dismiss teaching unions as radical ideologues, the unions point to continuing high rates of membership to argue that they are genuine representatives of teachers and the final bulwark against the ‘erosion of professionalism’. Against this background, education policy reforms gather pace with further industrial action following closely behind. But, where are the serving teachers’ voices in the debate? What do current teachers think of their unions and why do they continue to pay their fees in such numbers when membership is shrinking in other sectors?

In Collectivists, Functionalists and Critics, Loic Menzies explores the reasons why teachers join and remain in unions, and how teachers feel about the unions that represent them. In so doing, he uncovers why satisfaction remains so high while also unearthing the looming challenge of increased polarisation between ‘collectivists’ and ‘critics’. Most importantly, he focuses on giving teachers a voice and unpicking the complexities and ambiguities behind their views.
Link: