How much do we respect our teachers?

A new report out today places the UK around the middle of its league table for teacher status around the world. The 2013 Global Teacher Status Index report by the Varkey Gems Foundation is based on the responses of a balanced sample of 1000 people in each of 21 countries. It explores questions such as: 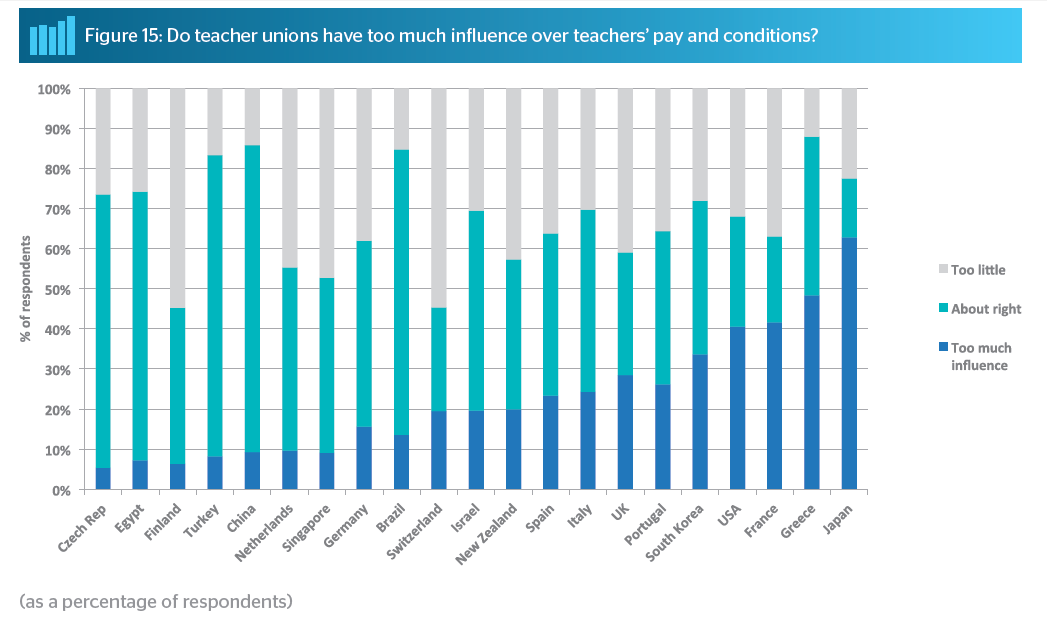 This seems to tally with teachers’ own feelings about unions: LKMco’s research on teaching unions (commissioned by edapt) showed that ‘Collective Bargaining on Pay and Conditions’ was the third most important reason why teachers’ joined unions. 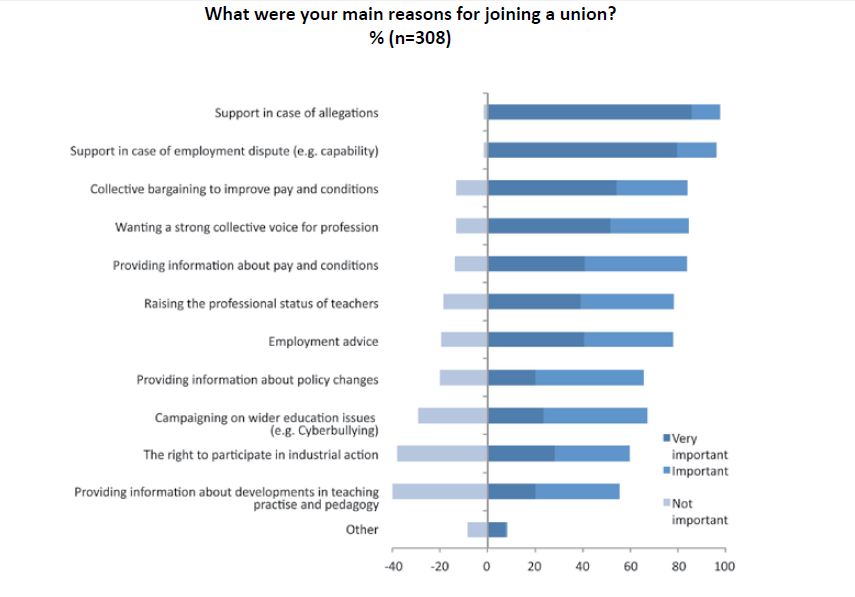 (‘Collectivists, Functionalists and Critics: What do Teachers Think of their Unions?’ Pg. 12)