Compulsory setting and the Ebacc: The end of autonomy

a)      Come up with new legislation and push it through a crowded Parliamentary timetable or the DfE machinery.

b)      Use Ofsted as a means to your end- announcing a change to the framework, secure in the knowledge that schools, desperate to secure top grades will (generally) interpret any item on the ‘Outstanding’ grade descriptor as prescription.

Our new Secretary of State seems to have opted for the latter and in so doing, has forfeited the government’s right to talk about school autonomy.

First came the announcement that the EBacc would now be de-facto compulsory. The decision means schools deciding a pupil who struggles to write an essay in English shouldn’t be forced to study a foreign language up to GCSE will be penalised; regardless of their teachers, parents and Head of Year’s judgement. So much for the rhetoric of ‘trust the professionals’. Furthermore any pupil deciding to study Economics or RE instead of History or Geography would automatically put their school out of the running for a ‘good’ or ‘outstanding’ grade. Chris Cook has pointed out this includes all bar three schools.

Then, today, it was announced setting would become (de-facto) compulsory.

According to the EEF’s Teaching and Learning toolkit, this move would benefit high ability pupils (generally from more advantaged backgrounds) but be harmful to (generally poorer), middle and low ability pupils. Indeed, its measure of ‘months of learning’ estimates that setting reduces learning by one month.

The EEF’s assessment is not uncontroversial and there may be other reasons for setting: when I was a teacher I found teaching ability groups easier. This could make it worthwhile in terms of teacher motivation, retention and so on. It might also make leadership and management easier in some school. However, schools need to think about these questions for themselves and come up with their own decisions– hence the principle of school autonomy. Morgan’s prescription is therefore about votes not learning. It might, for example, appeal to parents ideologically or economically wedded to state schools but keen to keep their children ahead of the crowd.

If these moves were going through a standard DfE or legislative process there might be consultation, scrutiny, accountability and – heaven forbid, reference to evidence but apparently there’s no time for that. Far easier to knock it through Ofsted, even if that jeopardises efforts to rebuild its credibility and pupils in the long-run.

One can only hope Ofsted are able to push back against this unwelcome politicisation. 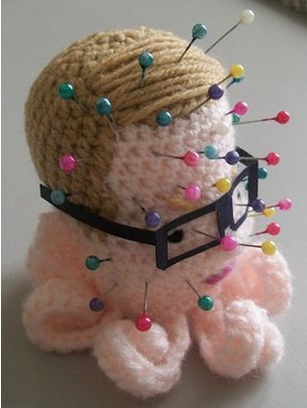 Gove became such a hate figure that sticking pins in him (literally and metaphorically) became fashionable. As a result, #GovesGone unleashed a collective outpouring of euphoria in which people forgot to ask what would happen #AfterGove.

Perhaps this week will be the week we start asking.