Reflections on my (short) stay in prison 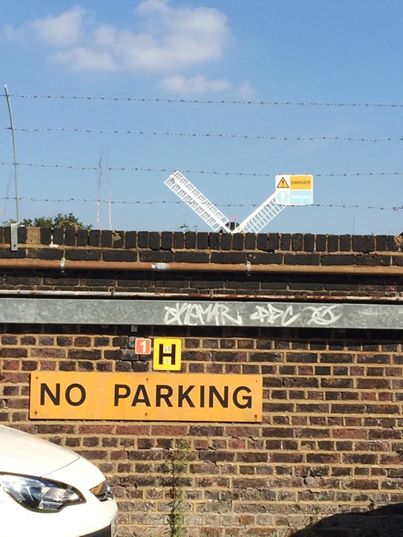 They let me out of Brixton prison at 3 o’clock on Monday. No, I didn’t resort to fisticuffs with a rival blogger, I was there for a PACT event (Prison Advice and Care Trust) on children affected by family imprisonment. It turns out these children aren’t a small minority: 200,000 young people are affected by family imprisonment  and 7% of children will experience a parent’s incarceration at some point. On top of that, 65% of boys whose fathers go to prison will go on to offend themselves. This is a big issue.

Sat in the heart of Brixton, the stories I heard reminded me of Lee (not his real name), a pupil I taught whose mum was in prison. Lee was smart, cheeky and deeply conflicted. Some days he’d edge up to his head of year as if wanting to be taken under her wing, at others he externalised the full force of his anger in her direction. It was obvious Lee was torn – most of the time he was furious at his mother, yet underneath that, you could see a bewildered 11 year old desperately trying to reconcile anger with his mum and his underlying love for her. How does any young person deal with that, let alone an 11 year old lacking the articulacy to understand and explain it?
“Don’t judge us for still loving our parents”
It’s a small ask but is one of the most powerful calls to come from a group of young people affected by family imprisonment. Based on their experience they authored “Our Voice”, a charter for young people like them which was launched at the event.They explained their struggle with society’s expectation that they condemn their parents’ for their actions: whilst they knew their parents had made a mistake they still loved them.
We also heard that young people affected by parental incarceration are frequently judged for their parents’ actions. Ebony described trying to keep her step-dad’s imprisonment secret. However, when one friend’s family found out, she was no longer allowed round for sleep-overs.
Thinking back to Lee, he had clearly need support with the tensions, conflicts and prejudice he faced but I had no idea how to support him. How many teachers do, and how many schools broker in support from those who do?
Basic rights and respect
The authors of “Our Voice” put together a list of 25 requests. The most basic being to know where their parents were. I was shocked; not knowing where mummy and daddy are is surely the stuff of children’s nightmares, but it turns out it happens.
Other requests were more subtle: “Can the police put things back in place when they raid our houses” was one call. Ebony explained that in the calm after the storm of a house-raid, those left behind face a scene of chaos in which they are left with sofas to turn the right way up and so on. It sounds like a small thing but she argued that if things were put back it would make easing back into ‘normality’ that bit easier.
At 3pm it was time for me to go.
Unfortunately I was locked in and had to wait for the prisoners to return to their cells before they could let me out. I was left with a profound sadness at a world in which despite falling crime, 80,000 people in England still live their lives behind bars.
Coupled with that was a belief that we must do more to break the cycle for these 200,000 children.
Children who have done nothing wrong themselves.