As you will have noticed if you’ve logged into Facebook recently, there is currently a petition going round to “Scrap plans to force state schools to become academies”.

At the time of writing it had received over 75,000 signatures, enough to force a government response but ~25,000 short of what’s needed for a Parliamentary debate. But who’s signed it and how do these areas map onto what the Education Excellence Everywhere White paper flagged up as areas where schools lack capacity to improve? 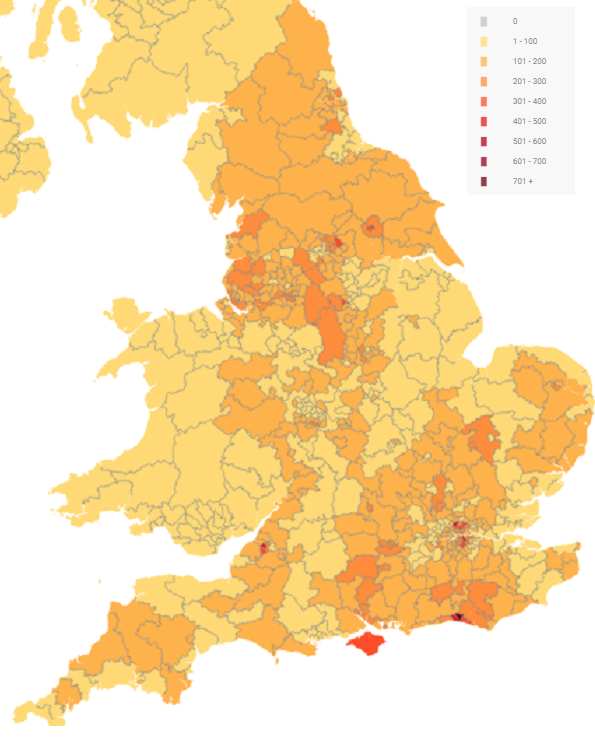 Above: Number of signatures on the petition

For the most part opposition is not coming from the areas that the DfE considers most challenging as shown below. 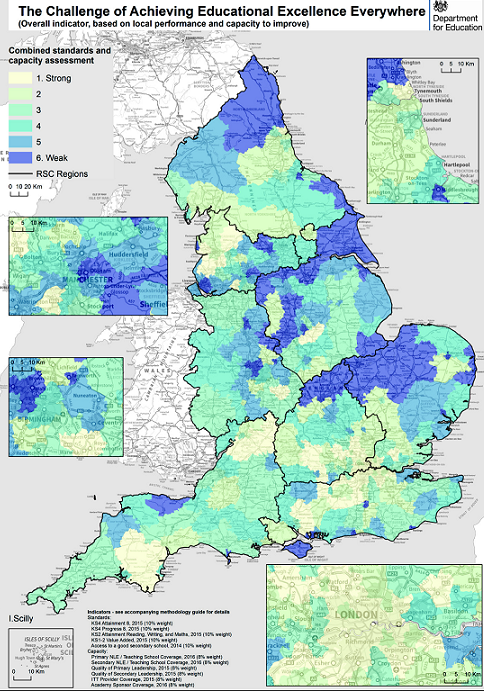 Above: Areas identified by the DfE as having poor performance and low capacity to improve

So what else do ‘anti-academy’ areas have in common? Well, they are almost all either Labour or Green constituencies and urban in character

But then there’s one weird outlier…

I’ll be contacting the Isle of Wight’s local MP, Andrew Turner to find out his response!

2 thoughts on “Who opposes academies?”