Social cohesion: Can and should schools do more? 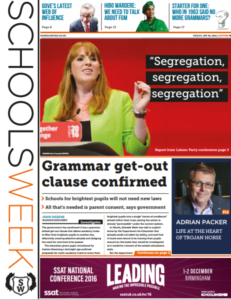 We were joined by four outstandng panelists who shared their experience in contrasting settings around the country:

We will soon be publishing a short literature review on the topic, including highlights from the event, but in the meantime, here is a storify of tweets from the event – featuring controversial debates about whether or not schools should be ‘safe spaces’, how things differ between ‘monocultural’ and diverse schools and whether a compulsory PSHE curriculum might help.