Should I quit education?

It’s been a disturbing few months. Brexit, last weeks’ constitutional turmoil and now the horrors of Trump. Many of us have been left wondering where exactly our world is going.

Signing online petitions and liking TED talks long ago stopped feeling like an adequate response, but one might have hoped that at least those of us working in the education system could console ourselves with the knowledge that we are working to build a better future. However, as the gravity of our predicament deepens, I have to admit to the occasional moment of doubt. Are we simply fiddling whilst Rome burns?

Like many, confronted with the gradual disintegration of much that they hold dear, I’ve come to realise, not only that it might it not be the case that “things can only get better” – things might actually get a whole lot worse.

As this realisation dawns, I’ve had to ask myself “am I doing enough to fight for what I believe in?”and “where does education fit into the dystopian situation we currently find ourselves in?” 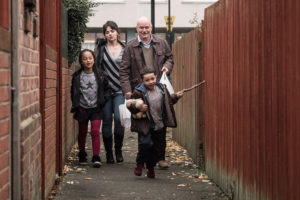 My rejection of the idealistic belief that education on its own can solve everything has been a gradual one but it climaxed in a minor existential crisis when I went to see “I, Daniel Blake” on Sunday. As the end credits rolled, my mum and I stayed seated, bawling our eyes out as the cinema staff cleared up the detritus of £6 glasses of wine from around us. For those of you who have not seen the film, go and see it. In brief, it follows the fortunes, (or rather, misfortunes) of Daniel, who gets trapped in a series of battles with an inhuman benefits system following a heart of attack. Trapped alongside him is Katie and her two children who have been re-homed in Newcastle after two years in a homeless shelter. The bleakness is at times overwhelming but the film is superb.

As we pointed out in our report last week, “poverty consistently undermines cohesion” and so long as the sort of poverty faced by Katie and Daniel persists, how can we possibly believe that arguing about academisation and Ofsted frameworks will change anything? Is it maybe time to quit education and focus on something else?

No. All things considered, I am not about to quit education. In fact, the more I have focused on Daisy and Dylan (Katie’s children in Loach’s film) the more my passion for the sector has been galvanised. Now, more than ever, I am convinced of the crucial need to support young people’s transition to adulthood. 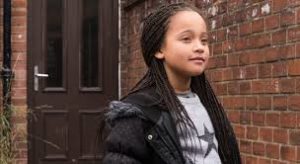 Loach portrays Katie’s two children beautifully. They continuously reminded me of pupils I’ve taught: Daisy is bookish and sweet. She is old enough to understand what’s going on around her and to realise that Katie can’t afford to replace her shoes, even though they’re falling apart after a failed attempt to glue them together. Dylan meanwhile hasn’t coped well with the last two years. Sharing a single room in a hostel between the three of them has clearly taken its toll as he obsessively bounces his ball on the stairs “especially when he’s angry” and struggles to concentrate for more than a few minutes.

Big changes are needed if children like Daisy and Dylan are to achieve a decent standard of living and if their life-chances are to be anywhere near acceptable. They need a minimum reliable income – so Katie doesn’t get pushed into prostitution as she eventually does, and secure housing – so that they are not kicked out when they complain to their landlord about living conditions (which is why I am increasing my monthly donation to the charity Shelter).

However, support from schools and youth services still has the potential to insulate children like Dylan and Daisy from some of the damage being done, and of giving them a future that is just that bit brighter.

Exactly what @ajjolley has argued for years now. Breakfast clubs a better use of funds than UIFSM https://t.co/Rj82oFNP8c

Over the last year and half we have repeatedly called for more consistent identification of special needs and more funding for educational psychologists and Child and Adolescent Mental Health Services (here, here and here).

Far be it for me to try and diagnose Dylan’s obvious difficulties, but a civilised society would surely ensure children’s mental health is a priority. Policy makers have the power to ensure mental health is not underfunded in comparison to physical health and schools can take the initiative in brokering partnerships with services that could help Dylan with his profound distress (see case study 3, page 34).

Other currently answered questions also spring to mind as I think about the Daisy, Dylan and children like them:

We’ve called for and driven forward research in these areas in the past and I’m determined to keep doing so.

We need to end poverty and stop anyone experiencing the dire circumstances laid bare in the film. However rough times are geeing me into a more impassioned desire to do all I can in the education sector. After all, it is the bit of society I have most knowledge of, and influence over.

Ultimately, if we can ensure all children and young people receive the support they need to make a fulfilling transition to adulthood, we at least have a chance of boosting life chances and mitigating the long-term damage of a tumultuous world.

7 thoughts on “Should I quit education?”