Zero Tolerance for Poor Behaviour: No excuses in schools

This blog is a slightly polished and expanded version of a speech I gave on ‘no excuses’ at the Institute of Ideas Education Forum on the 21st of November.

When it comes to zero tolerance the distinction between excuses and reasons is crucial. 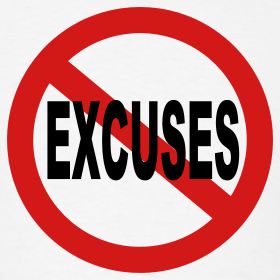 Ultimately, an excuse is an opt-out. It means you lower your expectations and say “here’s what we expect from everyone… but we don’t expect it from you/in this situation”. In contrast, a reason is something that prompts you to try and understand and helps you decide on a response.

I’d therefore argue that no excuses is a useful position to hold. It avoids endless distraction and sets the bar high. However it should not make us blind to the challenges pupils face and the importance of supporting them.

I’d like to argue that no excuses is a really useful rule of thumb – a way of communicating what is expected of pupils and of establishing a well-ordered school culture. However, in other ways it is a rhetorical flourish rather than an absolute position. It is not enough on its own, and like most things in education, the questions is rather more complicated than it sounds at first.

We can all invent a scenario that’s dramatic enough to justifiably count as an excuse. For some people it will be something as dramatic as the child who hasn’t done their homework because their parent died, for others it will be a particular level of Special Educational Need. The problem is that different teachers will draw the line at different points and soon enough, inconsistency creeps in. Teachers then find themselves wasting lesson time in endless negotiations. Meanwhile supply teachers and trainees find their elasticity exploited to the max whilst pupils are exposed to constant unpredictability.

So the problem is implementation. That’s what’s tricky and whilst we can present no excuses as a headline, it’s not enough in itself. A tight grip on behaviour might be a necessary condition for learning but it is not a sufficient one. Pupils also need to be understood, responses tailored to need and of course, teaching and learning needs to be top quality. No excuses might provide a solid foundation for a great learning environment but it’s not a great learning environment in itself. On top of that, saying ‘no excuses’ should not end the matter. It’s an approach that sets an expectation but alongside that should prompt an enquiry into why a pupil is struggling and what can be done about it.

Before I go any further, I want to explain how I came to my position and then summarise the conclusions I’ve drawn.

I began my career as a youth worker. I worked in a context where young people were there because they had chosen to be there. Youth work is underpinned by a basic assumption of voluntary participation. Everything therefore depends on relationships and engagement. I went into teaching from that paradigm, thinking the key would be to apply what I had learned as a youth worker.

Then shock. I found myself in a school where I was handed a megaphone and told to ensure pupils lined up on the playground in straight lines. I was reminded six times a day over the tannoy system that I needed to police the corridors and ensure everyone’s top buttons were done up and that pupils’ ties were n-stripes-long.

As you can imagine it was a bit of a contrast and I spent quite a while soul searching, and wondering how I could get out as fast as possible.

But as time went on my position on expectations and enforcement grew more nuanced. I was working in a context where initially, chaos reigned. The school had endured endless teacher turnover, pupils were on the defensive and everything was reeling in the shadow of the high profile stabbing of the head teacher. Yet as order gradually became established, I watched pupils relax. Pupils complied but did not become automata. Instead they began to realise they were safe enough to express themselves. I also noticed that the teachers who cared enough to pick up on uniform infringements were actually the teachers they respected and were often the ones they opened up to. It seemed that not being as frightened about being picked on for being a nerd meant they were a little more comfortable being nerdy. Finally I saw teachers who’d previously looked weak excelling because once the rule of law was established, they could get on with unleashing their pedagogical potential.

That said, there was still something I felt uncomfortable with in terms of the more militaristic side of things. Yet I recognise that ‘no excuses’ can be implemented in a range of ways. Recently for example I visited a primary school where pupils were expected to refrain from chatting to each other on corridors when moving around the school. Despite this there was nothing oppressive about the atmosphere. I watched pupils smiling and chatting to their teachers whilst walking along in orderly style.

So, given my experiences and the many ways my views have been challenged I’ve concluded three things:

I now recognise that if you sweat the small stuff on inconsequential things like uniform, then when pupils push against the barriers, it’s the inconsequential stuff that gets tested rather things degenerating into violence,  disruption and bullying. As a result, a safe, calm orderly environment can be maintained.

The reason I think that’s particularly important is that it’s often the most vulnerable learners – those who have no order and calm elsewhere in their life, that benefit the most from predictability and safety.

Children should grow up in joyful environments where they can develop their uniqueness. No excuses should enable rather than inhibit that; and there are undoubtedly settings where that is not the case.

Instead, the goal should be to ensure that rule of law is the precursor to freedom.

Here’s the crux of it and where I distinguish between excuses and reasons. An excuse closes that matter. A reason points you in the direction of the most appropriate and effective response.

In some (and perhaps most) cases, infringements of boundaries should result in a quick, short, sharp sanction. Most of the time that’s enough. To be kept behind at the end of the day for twenty minutes is not exactly a rights-infringing hardship. However it can be enough to shore-up expectations and maintain school culture.

However, not looking further is deeply problematic, particularly when there are repeated patterns of misbehaviour or where non-compliance might indicate underlying diagnosed or undiagnosed special needs or pastoral concerns. If schools do not systematically ask ‘what is going on here?’ and respond to the root causes, then solutions can be overlooked and crucial issues neglected.

Excuses and reasons are therefore twin pistons. “Sir, I’ve forgotten my pen” should not kick off a long discussion about potential excuses in the middle of a lesson. A reasonable response is “I don’t expect excuses, you know what the expectation is and it’s important because… the consequence is therefore…”. But that shouldn’t make teachers blind to, or less interested in the reason why a pupil is not meeting school expectations.

Schools need to be set up in such a way that patterns are spotted, questions are asked and appropriate solutions put in place. Without that, ‘no excuses’ becomes a sad excuse for an inhuman school.