True autonomy needs skills and knowledge as well as freedom

Autonomy is not just about letting people make their own decisions and doing things without supervision or instruction, it’s also about making sure that people have the skills that will enable them to make the most of that freedom and self-direction.

This insight was a real eye opener for me.  I came across the idea while researching talent management and it really piqued my interest. Generally, people seek to provide the ‘freedom’ bit of autonomy but quite often the ‘skills’ bit gets missed or overlooked. This got me thinking about a time when I’d just become a Head of Department and had given one of my team a task to do. I’d not specified how it needed to be done (because generally, I’m fine with people doing things their own way as long as it works) but I’d been very clear regarding the end result I needed. I was really perplexed when, after checking in a few times, I realised that my colleague hadn’t done anything at all. To be honest, I was more than perplexed, I was peeved. After we’d had a chat, I realised that actually, she had no idea how to do or approach the task, it was something I was very familiar with but that she had never done before. I’d assumed a competence in that particular area that didn’t yet exist. She had all the freedom in the world but because she lacked the skills, her freedom was useless. She wasn’t truly autonomous. In that particular case, as a novice, her lack of structure was a source of anxiety, she didn’t know where to begin. She needed some initial input then some support once she got underway.  Eventually she went on to do a fine job.

In schools, within our classrooms we can sometimes do the same thing. I do believe that children need time to explore ideas and work in a self-directed way, but they need the skills and knowledge first. In my subject, maths, there are some very clear things that students need to be explicitly taught before they can do anything of more complexity. Have you ever watched a room full of children who have been set something that is just way beyond their capabilities and they have no idea what to approach?

As teachers and educators we should aim to get young people to become part of that first group – i.e those who try and keep going, however, even then, just because they keep going doesn’t mean they will produce something of any merit. I could definitely give some of my Year 8 class (who’ve just been multiplying and dividing fractions) a few questions that I’d normally give my Year 12 classes just for fun. A few would gamely attempt to integrate a function to find the area under a curve and would probably keep at it for a while. However, generally their attempts would be terrible because they’ve never been taught it and lack the skills to do any work of value. For some students it could actually damage their confidence to tackle future mathematical problems. 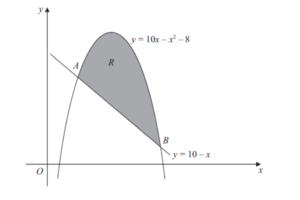 In conclusion, if we want truly autonomous staff and students we need to ensure that they have the relevant skills and knowledge to make the best use of the freedom we wish to give them. If they don’t have them we need to build them.

Next week I’ll be taking this argument one step further and showing how it links to the vexed question of creativity in schools.