Classroom teachers should not be alone and unsupported in making the difference to pupils at risk of exclusion.

A new report is out today, launching “The Difference”, a new programme to place mainstream teachers in Alternative Provision where they will receive support and development so they can better support the most vulnerable young people in our schools.

It is welcome news. Unfortunately, things have not yet improved since we published our 2015 report, “The Alternative Should Not be Inferior”. Indeed things have got worse. Given spiralling mental health problems and ever greater pressure for schools to boost their results combined with a dearth of the necessary support and expertise, this is hardly surprising.

Five main reasons why this programme could make a difference

Key stats from the report

I am certainly an enthusiast for the approach but have the following questions:

However reading the report’s final case study provides a useful insight into the programme’s full promise. As such, I look forward to seeing this programme become a real game changer for some of our most vulnerable students. We certainly can’t underestimate the urgency of tackling the issue. 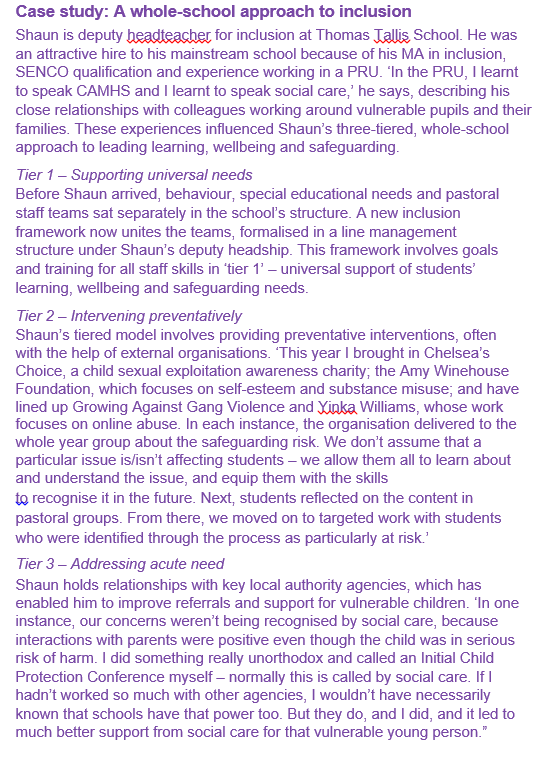