Not quite. The Homelessness Reduction Act (HRA) came into force in April 2018. For the most part, this is welcome news. Local authorities now have increased responsibility for supporting young homeless people who come to them seeking help. However, there is more to be done. Here is an overview of the HRA’s benefits and key areas for improvement:

Before the HRA came into force, government support for young homeless people was insufficient. Centrepoint’s recent report ‘More than a number: The scale of youth homelessness in the UK’ found that:

That is nothing but atrocious. Young people deserve better. I worked with 10 young homeless people to help produce A Place to Call Home: Understanding Youth Homelessness. Each and everyone of these young people had complex situations. For example, some had suffered abuse an 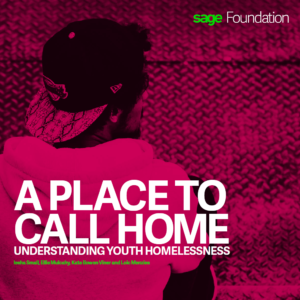 d consequently had fraught, or non-existent, relationships with their families. It took a lot for them to seek support. It took a lot for them to put trust in adults, having been let down so many times before. I feel angry when I imagine the story behind these figures- thousands of young people being turned away, without any help, without a home and being told to somehow just make it work.

Against this background, the HRA feels like a much-needed improvement in government policy and public law. Under the new Act, local authorities will still have a duty to provide young homeless people with housing assistance if they meet certain criteria. To get housing assistance, young people will still need to be classified as ‘statutorily homeless’- they will need to meet the ‘priority need’ criteria and be unintentionally homeless. Although this is still problematic (because many young people without a home will not fall into this category), the HRA does bring positive changes. The Act will see more young people being assessed for statutory homeless status, meaning it is likely that more young people will get formal housing assistance. Furthermore, as Centrepoint explain, young homeless people who are eligible and unintentionally homeless, but don’t fall within the ‘priority need’ criteria will be offered:

“support to find housing, or to prevent homelessness from their current housing, which will be monitored for a period of 56 days from presenting as homeless or at risk.”

This is known as the ‘prevention duty’ and the ‘relief duty’. Although ‘prevention and relief’ support was available before the HRA, this version will provide more young people with more formal support. It is encouraging to see that young people who are offered this help will also be tracked. This will hopefully help to prevent young homeless people from falling through the cracks of government support.

However, the HRA’s positives need to be balanced with a reality check. In order to deliver this policy/legal change, the government need to ensure the right resources and processes are in place.

The government has committed £24 million per year to cope with increased LA responsibility across the country. However, London Councils estimated that the changes would require £77 million more annually in London alone. The Homelessness Reduction Act helps central government to ‘talk the talk’. However, without adequate funding, it’s difficult to see how either central or local government will ‘walk the walk’.

Secondly, data collections. The information we have on youth homelessness is only as good as the data we collect. If we don’t have good enough data, it becomes tricky to:

As we explain in A Place to Call Home: Understanding Youth Homelessness, if we can’t do these two things, we can’t target resources where they’re needed or improve the system effectively.

It’s encouraging to see that the Ministry for Housing, Communities and Local Government acknowledge that moving to a ‘case level data’ collection system where more detail on individual young people’s journeys and their interactions with local authorities will be collected. However, Centrepoint’s report highlights data collection issues that need to be overcome:

Centrepoint found that some LAs reported the number of young people presenting as lower than the number receiving prevention and relief support. Seeing as a young person would have to present to their local authority in order to receive support, it is clear that data collections are not always accurate. Hopefully, the government’s plan to collect case level data will help to prevent this happening in future because LAs will be required to provide more detailed data on young people’s journeys through the system.

Changes brought by the HRA show that the country is making progress towards its intention to tackle youth homelessness. However, the introduction of the Act isn’t the end of the story. Central and local government need to be adequately prepared to put plans into action. The government also needs to continue improving data collection methods. Young homeless people deserve support. We must make sure they get it. 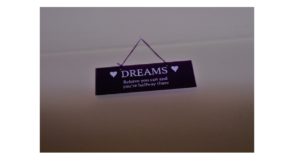