Despite widespread calls for more ‘evidence-based’ education policy, I’m not entirely convinced – either by its possibility or desirability.

Given that I work for an organisation that conducts research to help shape education policy, this might seem surprising. However, it’s about time we moved away from New Labour’s “what counts is what works” mantra. Instead, we need to recognise the important and realistic role social research can play in education policy-making.

In education policy-making, it’s not always clear what ‘counts’ as evidence and this is problematic for making ‘evidence-based policy’ happen.

For example, let’s say that for whatever reason, the Secretary of State for Education is keen to improve pupils’ beans-on-toast cooking. Some people may feel that policy should be guided by evidence from an RCT showing that giving pupils yellow hats during food-tech lessons significantly improves their ‘beans-on-toast’ making. For some, that may be sufficient evidence to justify a policy forcing pupils to wear yellow hats during food tech lessons.

On the other hand, others might ask “OK, but why did yellow hats help? Let’s understand that and then we can target the fundamental drivers of good beans on toast making”.

Others might say that a good beans-on-toast making lesson requires evidence of what type of lessons pupils find fulfilling and enjoyable. Evidence might therefore be needed regarding how young people feel about wearing yellow hats.

Still others might think you need to go a level deeper to ensure that all young people – regardless of their backgrounds and circumstances – are good at beans on toast making. According to them, evidence is therefore needed regarding which groups of young people the hat technique works for, and in which circumstances. They might therefore question whether the RCT provides the necessary information. 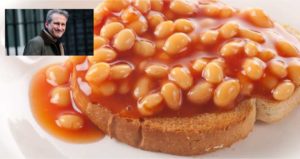 Social research has a vital role to play in policy-making, but the idea of evidence-based policy unhelpfully pitches ‘evidence’ and ‘politics/values’ against each other and ignores how chaotic the policy-process is.

It’s absurd to deny the role that values play in a democratic system and how important this is. Let’s look at a slightly different version of my beans-on-toast example:

The Secretary of State for Education wants to improve young people’s beans-on-toast making skills. The policy runs in tandem with the Prime Minister’s new vision for a ‘family-centred Britain.’ Quantitative research suggests that being able to make beans on toast results in young people spending more meal-times with their families. So, is this truly an evidence-based policy? Well, evidence certainly plays a role. But this does not make it a values-free, evidence-based policy.

The initial decision to find a way of encouraging young people to spend more time with their families is ideological. Even if beans-on-toast making skills result in more families spending time together, that doesn’t necessarily mean ‘family-time’ (and therefore the beans-on-toast-policy) simply works. It’s a value-laden aspiration. Similarly, evidence commonly cited in arguments about ‘what works’ in teaching assume certain goals. For example, a policy might be seen as ‘working’ if it improves exam results, labour market outcomes or social cohesion. Each of these goals is rooted in ideology. They are not value-neutral.

Of course, many young people may find family-time beneficial. However, it is important to remember that no matter what ‘evidence’ might show us, values will affect the policy-decisions we make, the research questions we ask, the way we use evidence and how we define ‘what works.’

Values are inevitably integral to the policy-process Click To Tweet Values are inevitably integral to the policy-process. And that’s OK. In our society we elect people to represent us, based on the values they espouse. The idea of ‘evidence-based’ education policy is therefore a problematic fantasy. If we really want social-research to help us construct policies, we have to acknowledge the realities of policy-making and how social-research can work in a complex policy arena to help us create the world we want to see.

Next time you’re planning an education policy or considering whether you support one, I’d recommend that you:

If you do these 5 things people will respect you for it. What counts isn’t just what works. It’s what works, for whom, in which circumstances and why.

What counts isn't just what works. It's what works for whom, in which circumstances and why. Click To Tweet