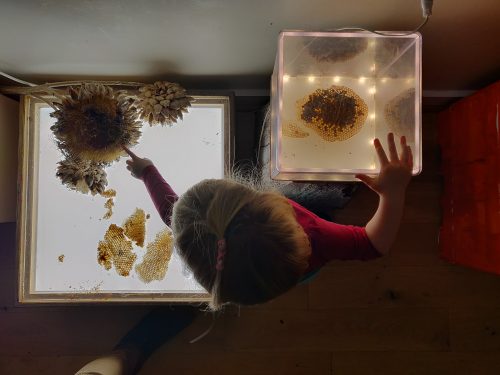 I’ve spent years conducting research in schools: interviewing teachers; speaking to pupils; poring over performance tables, dodging footballs whilst scribbling notes in playgrounds. As a researcher I’ve often been in the thick of it, but it’s a role that always places you at arm’s length – an observer rather than a part of the action. That’s all about to change: my daughter turns four next year, and now it’s my turn to choose a school for her.

Best-laid plans
When the penny dropped in the autumn that it was time to start picking schools, I felt confident in the role. I know what a good school feels like, I told myself. I know how to tell good performance data from bad; how to identify strong teaching, and how to quiz a Head in order to put my finger on a school’s culture and ethos. As a researcher, awful habits immediately kicked in: I mapped catchments and set to work on a spreadsheet of DfE performance data, sorting schools based on a blended score of their relative strengths: attainment and progress; diversity of intake; per-pupil funding; Ofsted grades; aesthetics and likely comfort of uniform. Things were going fine. The numbers on my screen, supplemented with some visits, were sure to lead me to the answer.

I thought numbers on my screen, supplemented with some visits, would lead me to the right school for my daughter but... Click To Tweet

Coastal conundrums
Then things got tricky. I recently moved to a town on the south coast. Coastal schools don’t get a good rap, and true to form the schools near us were turning the cells in my spreadsheet red rather than green. All our local schools are in upheaval: as is the case across the country, they’re in financial crisis, and many are academising and joining MATs. But in our local authority there’s an added layer of tumult as the old first/middle and infant/junior system is being scrapped and replaced with all-through primaries. This makes it nigh-on impossible to compare schools based on their data (as I discussed on our podcast recently). You also feel the effects of this churn and change when you step through the school gates. My wife and I visited two primaries that were directly across the road from one another: one used to be the First to the other’s Middle. The former felt like an infant school fit to burst with kids; numerous portacabins and creatively-converted broom cupboards desperately trying to absorb the additional intake. Across the road, the other primary felt like a vast secondary school with toddlers billowing along its wide corridors; dozens of empty classrooms and silent wings to boot. Our local Junior will inevitably become a primary school in two or three years’ time, and will have to pick its way through similar upheaval. Comparing these schools was like comparing apples and pears.

As confident decision-making segued into disillusion and mild bewilderment, my wife and I found ourselves settling for our local infant school and junior school. I couldn’t help noticing how we fell back on adjectives like ‘fine’, ‘solid’ and ‘ok’ when we discussed them in the kitchen, that hallowed forum of middle class school choice. We weren’t feeling inspired, but then I pinched myself, remembered how lucky we were to have a choice of schools and that some parents still have no option but to send their children to schools that really aren’t fit for purpose.

The unlikely contender
It was at this point that we decided to attend an open day at a primary school more than double the distance away. The reception teachers were laying on an undersea-themed activity, which wasn’t to be missed. On paper it was the sort of school that stands out for the wrong reasons. Pupil progress is below average or well below average in reading, writing and maths, and has been pretty much since the turn of the millennium. After spending a decade coasting at Satisfactory and then undergoing conversion from a middle school to a primary, the school was judged Inadequate in 2017 and forced to academise. Just in the last year it has had three different Heads. When I floated the name of the school at my daughter’s playgroups, I often got polite smiles and raised eyebrows.

When the day arrived, the tour was led by the school’s new Head, who took precisely three minutes to convince me, without doubt, that this was the school I wanted my daughter to go to.

The school’s new Head took precisely 3 minutes to convince me, without doubt, that this was the school for my daughter Click To Tweet

A school in the right hands
My initial concerns about the school, based on official judgments of its past performance, evaporated as the Head, just three months into her first Headship, set out an honest overview of the school’s weaknesses and the significance of the challenges ahead. Then came a vision for better results and more consistent teaching, backed up with a solid school improvement plan. Most importantly, it was a vision based on an impassioned defence of the sort of values I align with: a school that works with its community, includes every child and stands up for creativity and the arts within the curriculum. A school that innovates when this is proven to support learning, but manages change carefully so that teachers have the stability they need to do their job. A school that will happily pass its back-office functions to a MAT, whilst championing its own distinctive identity.

The Head gave an impassioned defence of the values I align with: a school that works with its community, includes every child, and stands up for creativity and the arts Click To Tweet

The deal was sealed when I saw these values in action. Blank, cold walls were being steadily transformed into vivid displays of pupil work. The school has its own kiln. The field is massive and there’s a small forest. A stray red phone box is being converted into a pupil-run book swap. We bumped into dozens of parents playing an active role in the life of the school, setting up Christmas trees, stacking chairs after lunch, cataloguing books in the library. PGCE students from a local university were busy building a sensory garden in one of the quads. Year 6 classrooms were as vibrant and stimulating as the early years. The maths curriculum was tactile. Outside the Head’s office, pupils carried out peer mediation. The Chair of Governors, a grandma to a pupil at the school, proudly confided that parents had stuck with the school “through thick and thin” and now knew the school was turning a corner.

The side of my brain that finds comfort in spreadsheets looked on despairingly as my mind began to be made up: not on the basis of KS2 progress scores and 3-year running trends, but on the basis of the vision, commitment and expertise of a single individual, and their ability to convince me that they have the passion and capability to transform a school.

Decision made, I got home, deleted my spreadsheet and emptied the trash.

Finding clarity in new places
What have I learnt from this experience? That you think differently when you’re a parent – that much I knew already. That schools are embattled places, which command my sympathies when they’re struggling and my utter admiration when they excel. That schools are led by people. People with talent, vision and skill, but also with their own families, worries and weaknesses: we forget that when we look at schools through the input-output lens of progress scores. That you can’t really come close to knowing a school without visiting it, and spending time with the adults and children that inhabit its walls. That the thought of my daughter going to school excites and saddens me in equal measure. And, finally, I’ve learnt that although I want my daughter to excel at school – to be stretched and challenged and to get grades that will clear the path ahead of her – I want her to feel part of a supportive community, to achieve things together with other children, to be in the presence of inspiring people and wonderful resources, and to enjoy herself. Against the odds, I think I’ve found a school that shares these priorities, and I will do everything I can to help it on its journey*.

'You can’t come close to knowing a school without visiting it, and spending time with the adults and children that inhabit its walls' - @sambaars shares some personal reflections on choosing a school for his daughter Click To Tweet

*Pending the outcome of our local authority’s school admissions process

8 thoughts on “Lessons in school choice”