Tackling sexism in school: can we change the world?

When I was 14, a sex-education ‘expert’ came to my school, showed us a picture of Liz Hurley at the Oscars and explained that women shouldn’t dress like “that” if they wished to avoid unwanted attention. When I was 17, a boy at my sixth form vehemently and continuously argued that if a girl was wearing a short skirt or showing cleavage, rape was her fault. Recently, a man I vaguely know groped me in front of a room full of people for no apparent reason other than to embarrass me and ‘put me in my place’. Unfortunately, these are only a few examples of my own experiences of sexism in school and everyday life. There are billions, if not trillions, of similar stories from women and girls  across the world. Things must change and I believe education is key to tackling the problem.

As the everyday sexism project shows us, and as research consistently suggests, sexism is embedded into cultural norms within society. For instance, Octavia Calder-Dawe and Nicola Gavey’s (2016) qualitative study draws attention to the way that girls’ experiences of sexism are downplayed compared to when boys or men experience gender stereotyping. Thus, sexism is normalised and is an everyday experience for too many women and girls. For example:

When we consider the state of gender equality in Britain, it is unsurprising that sexism exists in our schools. Some sociologists argue that the education system simply reinforces inequalities in wider society and maintains the status quo. Reports about sexism in school support this theory. The NEU and Feminista recently found that:

You might read the above and ask: “if these are young girls’ experiences in school, what hope is there? Can education really challenge the cultural norms of a society?” You wouldn’t be wrong to feel depressed, but I believe the education system can bring about much needed change and in this blog I’d like to say a little bit more about the system might do that…

Tackling sexism in school: can education really challenge the cultural norms of a society? Click To Tweet

Education can change the world

Girls are experiencing sexism in school and this does appear to be linked to everyday sexist attitudes and behaviours in society. There is a danger that our education system reinforces “a cycle of sexism”, where sexism is so commonplace in wider society that it permeates into schools, is not recognised and pointed out as a problem by policy makers, and pupils (plus their teachers) leave school thinking that sexism is part of everyday life.

Figure 1: A ‘cycle of sexism’ that the education system must avoid

Given the scale and gravity of the situation in school as it stands, there is therefore an urgent need to take action.

The entire education system needs to take an ‘arrow’ approach to championing gender equality. Challenging everyday sexism (for example by schools calling out sexism in the classroom and policy makers funding anti-sexism programmes in school) would push pupils, staff, parents and the wider education community to do the same in the outside world. Ultimately, this would help reduce sexism in society. See the diagram below for an example of how the ‘arrow approach’ might work on a national scale: 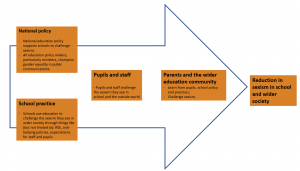 Figure 2: The ‘arrow approach’ that the education system should use

There are three main steps that now need to be taken to put the ‘arrow approach’ into action:

These steps are explored below.

Some individuals are already taking massive strides in the right direction and tackling everyday sexism in school. A recent Guardian article highlighted the incredible work teachers Matt Pinkett, Caroline Ash and Mark Roberts do to challenge gender stereotypes in their schools (e.g. by highlighting the negative aspects of stereotypical masculinity, including more books with female leads in the curriculum and exploring gender stereotypes in literature). Organisations like Feminista and Fearless Futures campaign and conduct workshops with schools to challenge sexism and its link to other social justice issues (e.g. racism and Islamophobia). Furthermore, after being pressured to do so, the Department for Education issued guidance for schools on tackling sexual violence and sexual harassment between pupils. By doing this, schools and policy makers can be the engine behind wider societal change, as per the arrow model.

The guidance for Relationships and Sex Education (RSE) is set to be updated. This is an opportunity for policy-makers to support teachers in tackling everyday sexism in school and, consequently, wider society. For example, RSE can help schools and pupils to explore the negative effects sexism has on girls’ general experiences and relationships in school, as well as family and romantic relationships outside of school. The government’s consultation on RSE has just closed. Unfortunately, whilst the initial draft does mention challenging stereotypes, it says nothing about sexism.

At LKMco, we will be keeping a close eye on the final guidance to see if sexism is addressed. If not, we need to collectively push for improved RSE that adequately champions gender equality. Emailing local MPs is a good place to start.

Teachers also need training on tackling sexism in school. It is wrong to assume that by virtue of their profession, all teachers are equipped to recognise or challenge sexism in their classrooms. Like me, many teachers will have had poor RSE themselves and grown up in an environment where sexism was normalised.

Some organisations are providing relevant training courses, but ‘tackling sexism’ is not part of all initial teacher training programmes or standard teacher CPD. For the ‘arrow’ approach to work, this needs to change.

To eradicate sexism, we must work together to challenge sexist stereotypes and behaviours that we see in our schools and everyday lives. Ultimately though, we have to believe in education systems’ potential to bring about social change and build on that belief by taking effective action. “Blind optimism” some might say. Even so, with collaboration and integrity, I think we can change the world.