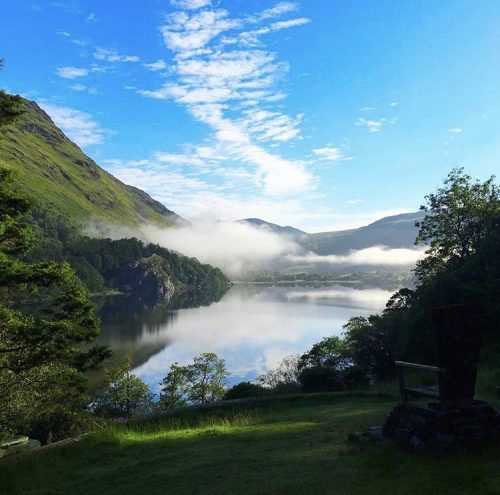 Anita is a charity leader, author and expert in education, access and inclusion. She is a long-time advocate of enrichment activity, in and out the classroom and joined YHA in 2018 as Director of Strategy & Engagement, having founded The Communication Trust and Whole School SEND. Anita runs AKN Consulting and founded Every Child Should; championing access to rich and rounded experiences in childhood. Anita lived the gig economy before it was a thing; became a social entrepreneur before it became fashionable; and, was a flexible worker ahead of it becoming a legal right. She can be found on Twitter being provocative, pushy, positive and progressive in, broadly, equal measures. 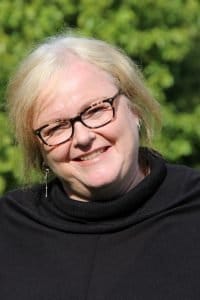 My work has always taken place in the space between charities and schools, where I am preoccupied with the question of access.

Why is it that those who stand to benefit the most from enrichment – from a broader range of life experiences and ‘the extra-curricular’ – are often those with least access to such opportunities?  This problem now extends into schools themselves where some children and young people are pushed out of the education system and where school choice is, in practice, only an option for the most able.

“Why is it that those who stand to benefit the most from enrichment are often those with least access to such opportunities?” @anitakntweets in #DecadeInMaking Click To Tweet

So, as we look to the ten years ahead, what might a rethinking of civil society mean for access to education and youth work?  Five changes are needed to improve outcomes for all, rather than just those best able to navigate the system.

The top twenty charities take the most charity funding – a model we can see emerging in schools. But the charity sector is learning the risks of leaving users behind and getting too large. Charity governance is far from perfect as we have seen in a number of high profile cases, but there is a shift coming. After decades of assuming professionalisation of the charity sector meant trustees from business, charities are starting to recognise the importance of user voice and power in governance. Many of the challenges in education and youth work have come from the failure to value the voices of those that organisations exist to serve.

“After decades of assuming professionalisation of charity sector meant trustees from business, charities are increasingly recognising the importance of user voice and power in governance structures.” @anitakntweets in #DecadeInMaking Click To Tweet

2. Engage with a new model for campaigning

Social media connects those who were previously isolated. Increasingly, communities are creating their own solutions independent of (or despite) government structures and traditional charities. This growing lobby is challenging the existing power bases of astro-turfers and privately funded lobbyists.

Parents of children with disabilities have led the pressure on government – even to the point of legal action. Communities are demanding to be represented in governance systems. Young people are leading the lobby on the environment. Engaging with them – hearing their stories – is a must for those of us who believe in equity.

3. Know the import of local power and community assets

Over the next ten years we have to support the potential and rise of the local; local like Moulescoomb Community Forest Garden and Wildlife Project in Brighton who connect local schools to nature. Working on a shoestring providing holiday play and connecting generations. Linking to the community owned pub The Bevy that provides work experiences to the local secondary school and provides access to arts and culture.

Larger organisations including the public sector and funders need to respond with support that provides resources, reduces red-tape and builds with partnerships.

Schools remain the biggest resource for education and youth work. But going forward we need to reimagine schools as being at centre of their community. Yes, keep some of the focus on data that has helped drive some outcome improvement. But we need to balance this with an honesty that there are lies, damn lies, statistics and school data! Yes, move from the ‘bigotry of low expectations’ – but accept the real impact of adverse childhood experiences. Let’s admit that ‘EBacc and Russell Group Crammers’ are fine as a choice but let’s celebrate and reward schools that are broad, rounded and inclusive. Covert selection and narrow curriculum will always lead to best grades if that is what we value most but other schools still make the academic cut – they just take the harder path.

“Let’s celebrate and reward schools that are broad, rounded and inclusive and that understand their role as assets for the all” @anitakntweets #DecadeInMaking Click To Tweet

Over the next decade we will no doubt build on our understanding of effective targeted provision but we also need to remember the importance of universal services. We need to rebuild a universal entitlement for all young people, services that are not about addressing a deficit but are about enrichment, community cohesion and self-development. This balance is a core part of our strategy at YHA – we want to use our resource to support the young people who could benefit the most, but we also recognise that the real power comes in the mix of generations, cultures and backgrounds that takes place in every one of our hostels.

There have been many positive developments over the last ten years – and the work of bodies like The Centre for Education and Youth has prompted new discussions, partnerships and solutions. But we are at a tipping point in the renewal of civil society and we now need to disrupt existing power bases. The question is, are we brave enough to reimagine a new way.

We are at a tipping point in the renewal of civil society and we now need to disrupt existing power bases. The question is, are we brave enough to reimagine a new way @anitakntweets #DecadeInMaking Click To Tweet

You can download our full report “A Decade in the Making: What Next for Young People in England” report featuring 10 insights into the sector here. 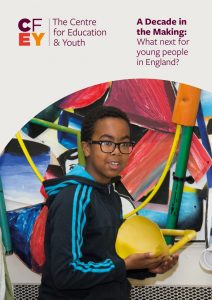