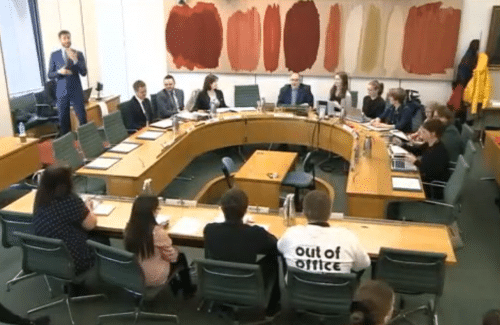 This week, the Education Select Committee confirmed what most of the sector has known for five years, that despite good intentions, the 2014 SEND Reforms have created chaos and systemic failure. The influential group of MPs pulled no punches in its criticism of the way the reforms have been implemented, concluding that:

“This generation is being let down—the reforms have not done enough to join the dots, to bring people together and to create opportunities for all young people to thrive in adulthood.”

The Select Committee’s report reflected on the landscape that has unfolded since the Children and Families Act 2014. The Act brought a raft of reforms that the coalition government said would offer “simpler, improved and consistent help” for children and young people with special educational needs and disablities (SEND). Provision was extended to provide support from birth to age 25 and new Education Health and Care Plans (EHCPs) were introduced to ensure young people with SEND benefited from tailored support. Alongside this, a new SEND Code of Practice was created, with the aim of giving families a greater say in decisions that affect them and offering more guidance for local authorities (LAs).

It is good to see the Committee highlighting the widespread problems with the implementation of the SEND reforms, but families, schools and other sector organisations have been calling for change for much longer. Already stretched teachers and support staff are under pressure to fill the gaps where local authority provision has failed to deliver, and concerns have been raised about SEND pupils increasingly being pushed towards special schools or alternative provision.

In 2015, CfEY published a report with the Driver Youth Trust entitled ‘Joining the Dots’, which explored whether the reforms were working for young people with SEND. In it, we highlighted that in some places the reforms were creating confusion rather than improving support. It revealed that fragmented provision was making it harder for families to access the local support that they needed and highlighted that reduced funding was restricting local authorities’ ability to maintain their legal responsibilities. The report also emphasised the importance of properly engaging with young people and their families when making decision about their future.

Families, schools and other sector organisations have been calling for change for much longer Click To Tweet

Many of these issues have been raised again this week by the Education Select Committee. The group has stressed that while it believes the 2014 reforms “were the right ones”, challenges within the system – such as a “significant shortfall in funding”, a lack of accountability and oversight, and a heavy burden of paperwork – are preventing LAs from delivering meaningful change.

The reforms have not done enough to join the dots, to bring people together and to create opportunities for all young people to thrive in adulthood Click To Tweet

The report sets out 38 recommendations that illustrate how much still needs to change to ensure the system supports young people with SEND to reach their full potential. Here is a summary of those recommendations:

The Committee’s report builds a stark picture of the challenges that young people with SEND and their families are facing, and makes many helpful suggestions for positive change. But improvements should have been made years ago, and the government needs to act fast to support the flow of young people moving through the system without the provision they deserve. Five years is most of a child’s secondary schooling, and they don’t get a chance to come back round and try it again when the system has improved.

LAs need more funding and capacity to manage caseloads and provide consistent, high quality support, and more oversight is needed to make sure this is being delivered. They must step up and remove some of the burden that is currently falling on schools, where time, money and resources are already stretched to breaking point. Stronger and clearer SEN support is also a must, in order to reduce the overwhelming numbers of applications for EHCPs that LAs are dealing with, because parents see the plans as the only way their children will get adequate help.

If the government acts on the Education Committee’s recommendations positive change will happen, but the Committee must keep up the pressure to drive through improvements as quickly as possible. For many young people with SEND and their families this report will already seem too little too late.