The cost of school uniform is back on the agenda this week, as one MP brings a private member’s bill before parliament to formalise guidance for schools on reducing the expense families face each year. As someone who has long been flagging this issue I’m pleased to see some positive action taking place, but we need to make sure promises are delivered on – instructions for schools must be clear and they need to be held accountable for meeting any new legal requirements that are introduced.

The bill is being put forward by Mike Amesbury, shadow employment minister and Labour MP for Weaver Vale in Cheshire (pictured below). Importantly it has already gained the backing of the government, as well as cross-party support, without which a change in the law would be unlikely. 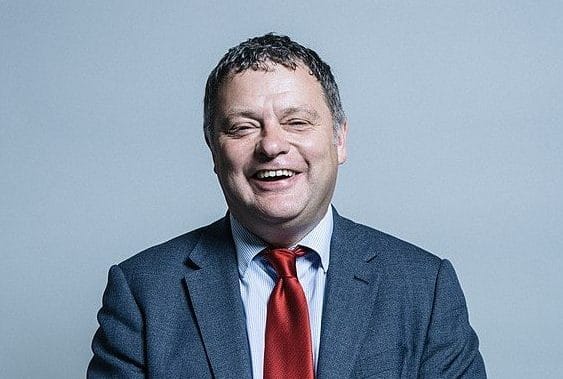 The bill demands that schools consider value for money for families and discourages them from setting up deals with a single uniform supplier, which restrict competition and drive up costs. While the changes would be welcome the government’s current enthusiasm for the proposal will be grating for some, as Amesbury’s bill reiterates guidance that was issued back in 2013 but never made statutory.

In 2015 Government-commissioned research on the topic found that over a quarter of secondary schools called for three or more items of uniform with a badge or logo, while the number of schools requiring parents to buy uniform from a specialist supplier doubled between 2007 and 2015. Then in November 2015, the Treasury promised to put the “best practice guidance” from 2013 onto a statutory footing to “ensure that effective competition is used to drive better value for money” – but the pledge was never made good. In 2017 and 2018 Labour MP for Croydon Central Sarah Jones demanded belated action from ministers on the issue, but to no avail.

The issue of the cost of school uniform was a recurring theme that I followed in my work as a reporter at Schools Week. Investigating the problem in 2018, I found a range of worrying examples, including an academy sponsor which insisted pupils attending its grammar school purchased a 90% wool blazer three-times the price of the polyester blazer worn by the pupils of its non-selective school. This kind of distinction is not only unfair and potentially prohibitive for some families, but also implicitly places greater value on one school (and its pupils) than the other. Other concerning differences I found included a school in Bury where boys’ shirts cost less than half the price of a girl’s blouse, and another selling branded pairs of ‘drama socks’ that cost £4.50, but could probably be purchased in your local pound store without the logo.

It would be an important step forward to see Amesbury’s bill made into law, and a weight off the minds of many parents struggling to keep up with increasingly demanding uniform requests. But it will be really important that schools fully understand the changes they are expected to make and act accordingly. P.E. kit can drive costs up massively for families – will schools be required to make the same adjustments here as for day-to-day uniform? How many branded items will be considered reasonable? Will schools be required to offer parents the option of stitching badges or logos onto items they have purchased from the high street or supermarkets, instead of specific uniform retailers? Who will be checking up to make sure schools are implementing these changes?

It would be an important step forward to see Amesbury’s bill made into law, and a weight off the minds of many parents struggling to keep up with increasingly demanding uniform requests Click To Tweet

The problems go beyond schools only offering a single uniform provider too; branching out to two or three will not make much difference the cost is similar across all. Depending on online retailers can also be problematic. In August 2018 deliveries from a school uniform supplier named School Trends, which served over 5,000 schools and academies across the UK, were delayed by a “technical glitch”. This left many parents in a state of panic as they faced the first day of the new school day with no uniform at all for their children. The company chose to suspend its social media after it was inundated with questions and complaints and many families were let down.