Generating political will for educational equity: When it’s all true. But it’s not all the truth.

Trump defeated, Dom Cummings in retreat from Downing Street – box in hand and tail between legs. It’s almost as if the wind has gone from the billowing sails of populism. 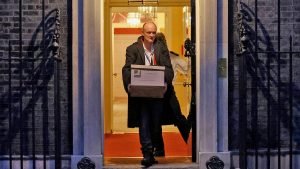 Only time will tell whether November represented a blip in populism’s ascendency, or the start of a more existential crisis. However, the page is unlikely to be turned for good until populism’s opponents get better at translating their ideas into political action.

Speaking at a session I co-organised and chaired for Teach for All’s global conference recently, four experienced policy makers set out what they had learned about securing “political will for educational equity”. Each looked back at their time in government and set out the mistakes that had frustrated their reforms. They were unanimous in wishing they had done more to go beyond technocratic, fact-based approaches to securing policy change.

Their comments emphasise the importance of sentiment and emotional relatability, pointing the way to four key lessons for anyone seeking to influence policy and secure political will for educational equity.

Luis Enrique García de Brigard looks back at his time as Columbia’s former Deputy Minister of Education and remarks that he and his team “failed to understand that although everything we said was true, it wasn’t all the truth.”

However, whilst Trump et al. may have embraced ‘post truth’ politics, de Brigard’s argument is more subtle. He explains that even when contemporary policy makers think they have conclusive data, they will be frustrated in their attempts to generate change if they fail to understand how people experience their day-to-day reality. 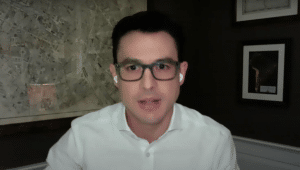 Similarly, Suet Li Liew (a former Policy Special Officer to Malaysia’s Education Minister) admits that her administration failed to understand that “sentiment” reigns supreme and that delivering better policy is “about the public not just the policies”:

“It takes a lot more than feeding data and public policy papers to make reform. We came up with plans talking about quality and equity – but that’s not what people wanted to hear. The population had competing needs and we failed to grasp the complexity of the tensions that existed and how deep-rooted the sentiments were. We did not have the political skill and capital to negotiate around these, or the communication strategies needed to breakdown the ideas for different people.”

Unfortunately, sentiment is not always predictable. Reflecting on the Conservative government’s failed and “spectacularly unpopular” attempt to force through universal academisation of schools, Jonathan Simons recognises that what politicians may have seen as a rational and optimal change at a national level played out very differently viewed through a more local lens.

When it came to universal academisation, politicians failed to grasp that what looked like rational optimisation at a national level played out very differently at a local level Click To Tweet

Simons is now a Director at the policy strategy and communications consultancy Public First but previously worked in a number of advisory roles, including in Number Ten’s Strategy Unit. He recognises that in the case of universal academisation, a policy that seemed sensible when viewed from Westminster ended up generating huge opposition “even from the most unexpected quarters.” This eventually resulted in the policy being defeated by the government’s own MPs because viewed at community level, government mandated change threatened constituent’s cherished local institutions. 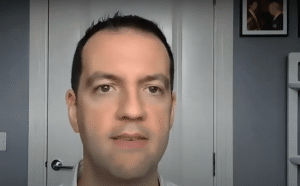 According to Simons, the plan’s defeat shows that like the public, politicians are willing to accept inefficiencies in exchange for self-determination. Generating political will therefore involves recognising that politicians have different motivations in the local sphere where powerful constituents have a profound influence over their re-election.

One way of understanding the difference in attitude towards schools nationally versus locally is to consider what de Brigard calls ‘the endowment effect’. He believes all policy makers and influencers should engage with this idea if they are to deliver change.

In behavioural economics, the endowment effect is used to describe people’s tendency to assign higher value to things they own. De Brigard argues that it is important to take into account sentiments around what people think they “own” because these things will be harder to interfere with or take away. He points out that this effect can be harnessed to create lasting change; for example, he believes that many Latin Americans view access to education as part of their endowment but this is less the case when it comes to the quality of education. His hope is that, if policy makers can embed educational quality into people’s perceived endowment there is chance it will become a greater long-term priority.

Engaging with the endowment effect is one way of achieving change in a field where the ephemeral nature of power frequently jeopardises initiatives’ sustainability. Liew provides another. She argues that lasting shifts depend on embedding change in psyche and structures. Rather than focusing solely on the top table, technocrats should therefore spot potential champions at every level of civil society including local or regional government. Securing their support can ensure reforms outlast ministerial life-cycles.

Anil Swarup, India’s former Education Secretary has catalogued a range of such insights in his book entitled “Not Just a Civil Servant.” He recounts that after facing the coal mafias (where “the mafias are over ground and the people work underground”) he moved on to take on the education mafias (“where people work above ground but the mafias are below-ground”). 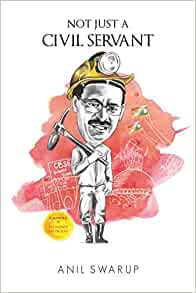 He has identifies six considerations for policy makers based on his experience: political acceptability, social desirability, technical feasibility, financial viability, administrative practicality and judicial tenability. However, he has recently added a seventh: emotional relatability.

He argues that this seventh criterion is important in overcoming one of the big challenges in generating political will: the fact that long term gains tend to require short term pain. Policy makers therefore have to pursue emotional relatability by asking themselves

“Am I able to communicate this idea in a way that makes it appealing? People will gradually understand that something can be useful to them if the politician is a good communicator. It’s a question of marketing an idea” 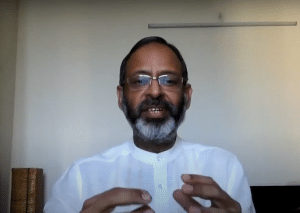 Another approach is to pursue continual slow movement in a chosen direction. Simons believes that this is how most change happens. He therefore argues that policy makers and those seeking to influence them should concentrate on the next step whilst holding their longer-term vision firmly in mind.

De Brigard agrees, pointing out that politicians are often very ambitious about the final step – the end of the journey, but totally unambitious about what they need to do tomorrow.

So, what does this mean for those outside of government looking to influence policy? Simons has four suggestions:

Would-be influencers should therefore consider a value proposition that will be appealing to their target politicians, otherwise they will be left saying ‘the government doesn’t listen’ when it does, it just doesn’t agree.

2. Remember that politicians are people: Politicians might be political, but they are not technocrats. They are humans with human emotions, human preferences and human biases.

Those interfacing with politicians should therefore consider what their targets will respond to, whether that’s threats, money, stories, data or cajoling.

3. Take it step by step: Map out a succession of small steps.

Don’t down-play the radicalism of your final agenda but don’t think you have to get there in one step. Move in the direction you are aiming for and lock in each incremental step.

4. Navigate the stakeholders: In the arena of politics it is important to accept that there are always vested interests and that’s perfectly reasonable. For example, teachers pay unions to represent them and that’s their job.

Rather than bemoaning these groups’ influence, policy influencers should plan for how they will navigate a multitude of stakeholders (including parents as well as teachers) This may mean plotting a path around them, co-opting them or face them down.

There are always vested interests and that’s perfectly reasonable. Rather than bemoaning these groups’ influence, policy influencers should plan for how they will navigate a multitude of stakeholders says @jonathansimons @PublicFirst_PF Click To Tweet

It is now over ten years since I walked into the Head Teacher’s office in the school I worked in and resigned. At the time I thought there were obvious policy changes that were needed to tackle the educational challenges I saw around me. A decade on, and like the policy makers who contributed to this seminar, I realise that even if my insights were true, they were only part of the truth.

Watch the full seminar on The Centre for Education and Youth’s Youtube page: