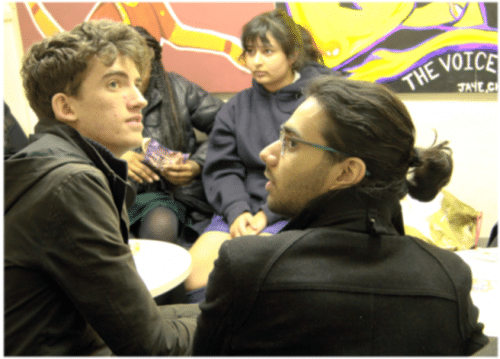 CfEY and EPI recently joined ­­­forces to bring together a group of Year 11 and Year 13s from around the country to discuss options for exams in 2021. Here’s what they had to say.

Most participants were happy that exams had been cancelled but most described that happiness as bittersweet.

They were clear that studying this year has been a nightmare, describing their struggles to concentrate, endless time spent in their bedrooms and “six months not learning”.

“What teachers and schools have done in lockdown varies hugely and some students will go down the drain based on this.”

Given that, they were pleased not to have to deal with the additional pressure of one big exam that they won’t have prepared for properly deciding their future. However, on the other hand, whilst they recognise that the decision to cancel was “necessary” they were deeply worried about what would happen instead, particularly given that some did not think the their predicted grades were necessary the best they could achieve.

“I’m in a good position based on my prior performance, but many people were counting on exams, particularly if they have a poor relationship with teachers and need a bias-free assessment.”

Making the most of a bad situation

One participant called on government to be clear about what evidence teachers should take into account in their assessments and another demanded a timescale allowing for queries and disputes about controversial grading decisions.

Another appealed for an opportunity to discuss their grades with their teachers so they could explain what grade they were aiming for and how they had planned to work towards it. Whilst this might not be a fair or robust way of assessing things, it’s clear that pupils having some involvement in discussions about grades would bring them considerable relief. Similarly, one called for an opportunity to assess where there were gaps in their learning so they could work with teachers to shape a personal learning plan for the future. It’s clear that one of the things that made last summer’s exam fiasco so painful was the way young people felt robbed of agency when they were told their future had been handed over to an algorithm. Anything that can be done to increase young people’s sense of autonomy and self-determination would therefore be welcome, and this is something we also heard from students during our exam roundtables last summer.

One of the things that made last summer’s exam fiasco so painful was the way young people felt robbed of agency when they were told their future had been handed over to an algorithm. Click To Tweet

There was no great enthusiasm for the promised ‘mini assessments’. As one participant put it, “they will just show the divides that happened in lockdown”.

One student argued that their coursework provided a good alternative indicator of their true ability but others flagged difficulties when it came to science practicals and vocational subjects.

Part of the reason young people objected to ‘mini exams’ was that time spent on exams this summer would impact on what activity takes place in school.

“The priority should be teaching what we don’t know, not examining what we know”

What if we ditched grades?

In recent months, a growing number of people, myself included, have been calling on government to drop the pretence that true grades can be awarded this year. Instead alongside commentators like Sam Freedman, I have been arguing we should instead concentrate on determining whether students are ready to progress to their next, intended destination and planning for additional learning time and support if they are not.

Focus group participants welcomed this suggestion but raised questions about how this would affect their chances in future jobs searches. Based on young people’s comments , it’s clear to me that we certainly shouldn’t be leaving any young person with certification gained this year as the last, most recent qualification on their CV for long.

Future access to learning and certification therefore needs to sit at the heart of any government catch-up strategy for this year and last year’s cohorts. As one young person put it:

“We need an option to be assessed again in the future when the situation has changed and people’s basic needs have been met”.

We rounded off our discussion by considering the potential for summer schools in 2021, something we are today publishing a short briefing on.

Students were positive about the idea with one arguing that:

Some had questions about who would teaching at summer schools, pointing out that ideally, better funded schools should have responsibility for sharing their resources and supporting others. Meanwhile, another argued that summer schools could be supplemented with free, tailored online courses.

Overall our discussion made it clear to me that as far as our participants were concerned, cancelling exams had been the right decision but that mini-exams probably wouldn’t solve the problem in their eyes. I’m also ever more convinced that focusing on identifying progression destinations and support requirements rather than certifying achievements is the right focus for this year.

CfEY and EPI held a roundtable with six young people in Year 11 and Year 13, studying a mix of academic and vocational qualifications. They came from London, The East of England and the Midlands.