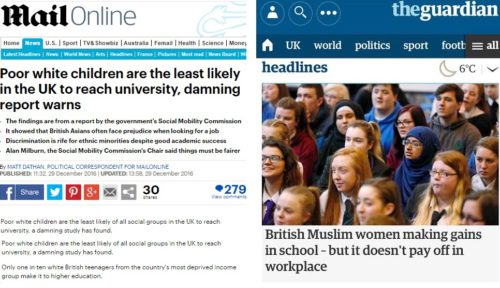 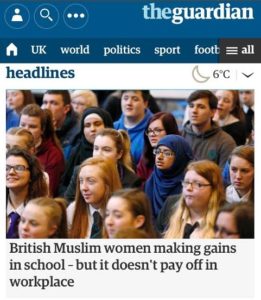 We’re delighted that our recent Social Mobility Commission report, our first ever collaboration with Education Datalab, received extensive international media coverage. The report explores the relationship between ethnicity, gender and social mobility and how these interact.

Coverage began with a front-page splash on the Guardian’s website, followed  by Radio 4’s Today Programme (listen here) and a BBC online article.

This was followed up by LBC radio who broadcast an extensive interview with our Director, Loic Menzies and the Islam Channel who interviewed lead author Bart Shaw. Coverage soon spread around the world, from The Dhaka Tribune and Al Jazeera and even including a surprise

Whilst much of the coverage focused on ethnic inequalities in the workplace, The TES chose to focus on concerns around the impact of setting and streaming in schools. Meanwhile Nursery World explored our findings relating to the early years. Various regional papers also covered local angles.

Finally, the Mail Online explored some of our conclusions relating to disparities in university access.

The report’s key findings include:

Key recommendations from the report include: