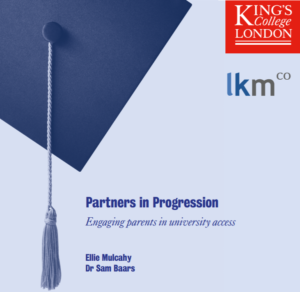 Our new report with King’s College London’s Widening Participation Department will be launched at the Brilliant Club’s annual conference in Peterborough and calls on universities to work with parents to increase access to Higher Education.

“Debt and future job prospects are parents’ biggest worries about their children going to university.

That’s the conclusion of research published this week by Kings College London.

It calls for top research universities to do more to reach out to parents from poorer communities.

But five of the universities that require top A-level grades to win a place don’t engage with parents at all, it says.

All of this matters because universities are under increasing pressure to show what they’re doing to encourage more students from communities with little family history of going to university.” 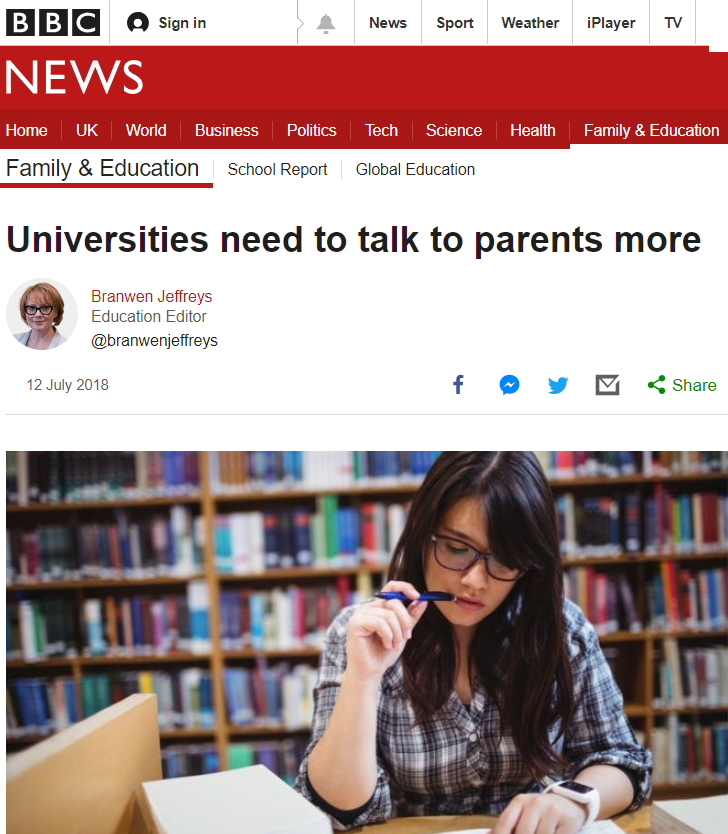 Meanwhile Will Hazell for the TES writes:

“Student debt is parents’ top concern about their children going to university, new research has found.

The study by the LKMco thinktank and King’s College London also highlighted a patchy approach to parental engagement among the UK’s top universities, with many institutions not providing a bespoke programme for engaging parents.

LKMco and King’s commissioned YouGov to carry out a nationally representative survey of 980 parents on their attitudes to their child attending university.

The survey found that financial concerns topped parents’ concerns about their child going to university, with the “amount of debt” that their child would accrue coming out as the number one worry.

This was cited as the top concern by 36 per cent of parents, with 65 per cent putting it within their top three concerns.”

CfEY announce new research on the future of tutoring

The Centre for Education and Youth are excited to announce an ambitious and timely new piece of research on the future of tutoring in the UK. Why are we researching this topic? As our report ‘A Space for Maths’ made clear last year, there is abundant evidence on the effectiveness of school-based small group and…

It feels like a lifetime ago that I announced my intention to hand on the baton as CEO at CfEY so that someone new could bring their fresh ideas and energy to the writing of our next chapter. Today marks an important milestone in that process and we are delighted to announce that we have…

CfEY at the Festival of Education 2021

At this year’s Festival of Education CfEY ran a popular series of events, drawing on key themes from our book ‘Young People on the Margins‘. If you missed the event we have all the sessions available for you to catch up on below. 1. Understanding Young People’s Life-stories Abi Angus, Senior Research Associate at CfEY,…