The State of Speaking, two years on

Two years on from the publications of Voice 21 and LKMco’s 2016 report, The State of Speaking, and I still enjoy recalling conversations I had while conducting the research. 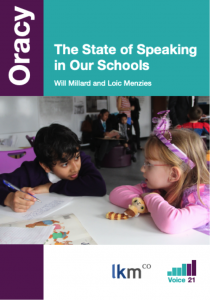 I remember Sarah Wild, the headteacher of Limpsfield Grange School, talking about how developing her pupils’ spoken communication skills not only means they are better able to access what’s happening in the classroom; it empowers them as citizens, meaning they will be better prepared to lead fulfilling lives after leaving school. Geoff Barton, then the headteacher of King Edward VI School and now General Secretary at the union ASCL, highlighted oracy’s role as a social leveller, giving all pupils access to the ‘language of power’. Teachers at Green Lane Primary School in Bradford said they make their pupils’ spoken communication skills a focus particularly in the Early Years and infants because doing so unlocks pupils’ ability to participate during lessons, and to interact socially with teachers, family and friends.

Since those conversations and the report’s launch, Voice 21 and LKMco have both been working hard to build on the initial buzz the research created. Perhaps most excitingly, we worked with Emma Hardy MP to host an event in the Houses of Parliament celebrating oracy, and its potential to improve outcomes in schools and wider society. This led to the establishment of the All Parliamentary Party Group on Oracy. 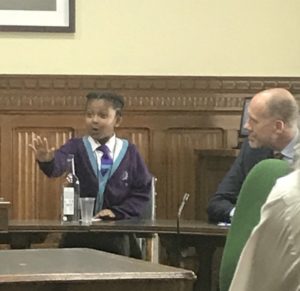 I notice that, since working on the research, I keep seeing oracy crop up all across the education system. For example, our Testing the Water research highlight the crucial importance of dialogue and verbal questioning in the classroom. Our research into school cultures shows how communication lies at the heart of schools’ provision for disadvantaged pupils. And our Minds Ahead report discussed the critical role that strong relationships based on verbal communication play in supporting young people’s mental health. I also spoke at a conference for the Chartered College of Teaching about oracy, alongside Eleanor Stringer who talked about the EEF’s research into meta-cognition. Eleanor’s presentation highlighted how pupils’ ability to reflect on and manage their learning hinges on their ability to talk about it. 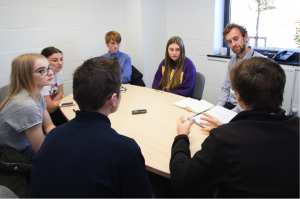 What does the future hold? The State of Speaking found that while teachers value oracy highly, there are multiple barriers to them using it more in their lessons. Two years on, if oracy is to fulfil its transformative potential, we should ensure that: