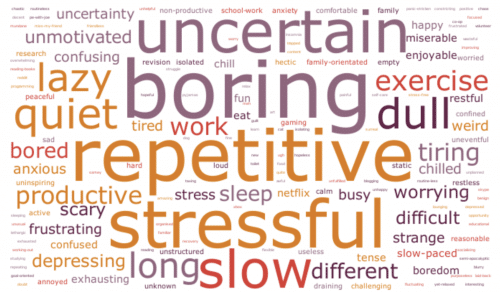 In partnership with The University of Exeter 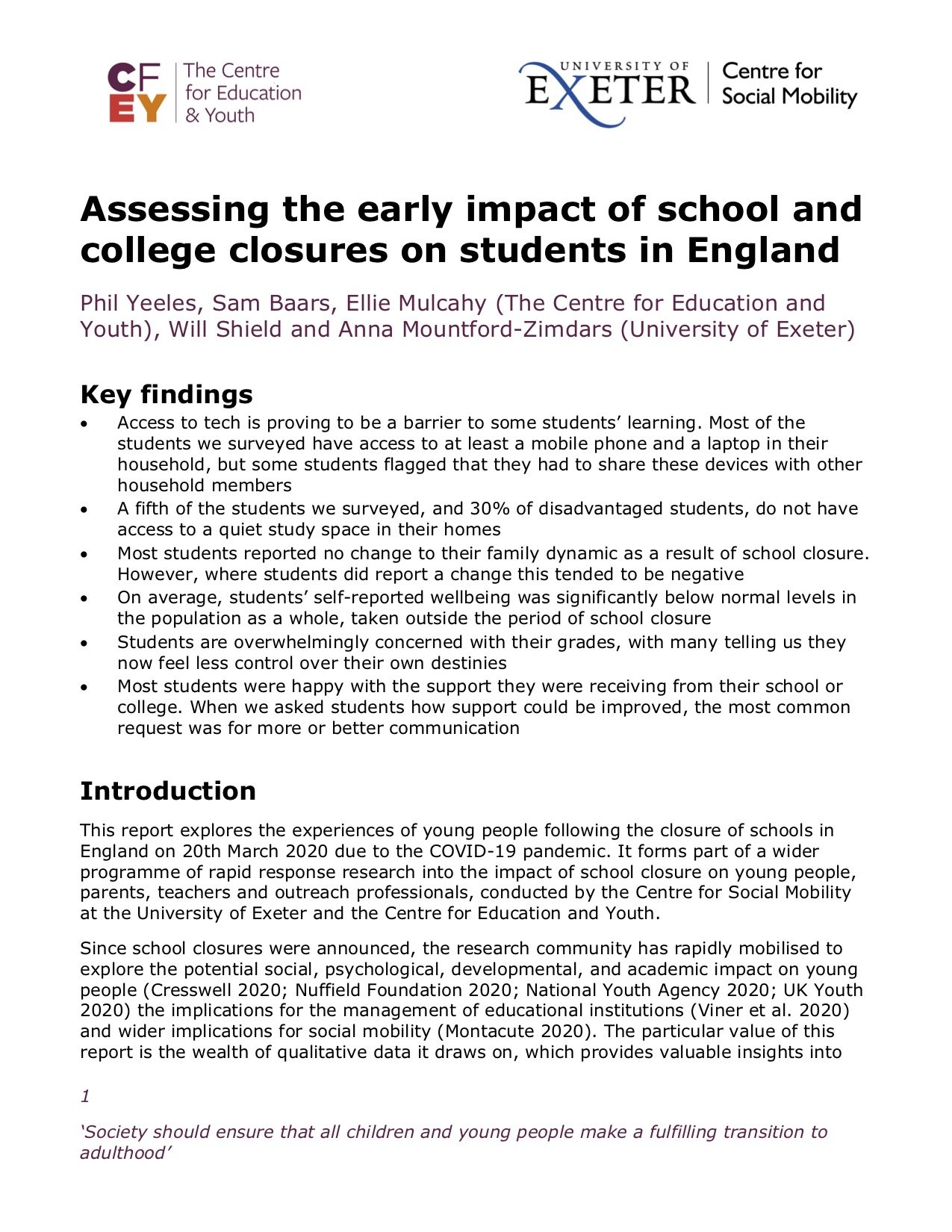 Students are far more likely to be concerned about grades and transitions than not seeing their friends while their school or college is closed due to Covid 19, we reveal in a new report published today in partnership with the Centre for Social Mobility at the University of Exeter.

The report is based on a survey of 230 students aged 16+ in England, conducted during the initial weeks of school and college closures. When asked what their biggest concern is about their school or college being closed during lockdown, students were five times as likely to mention worries about grades as they were to mention worries about not seeing their friends. The self-reported wellbeing of the surveyed students appears to be significantly below the levels we would expect in the population in normal times. 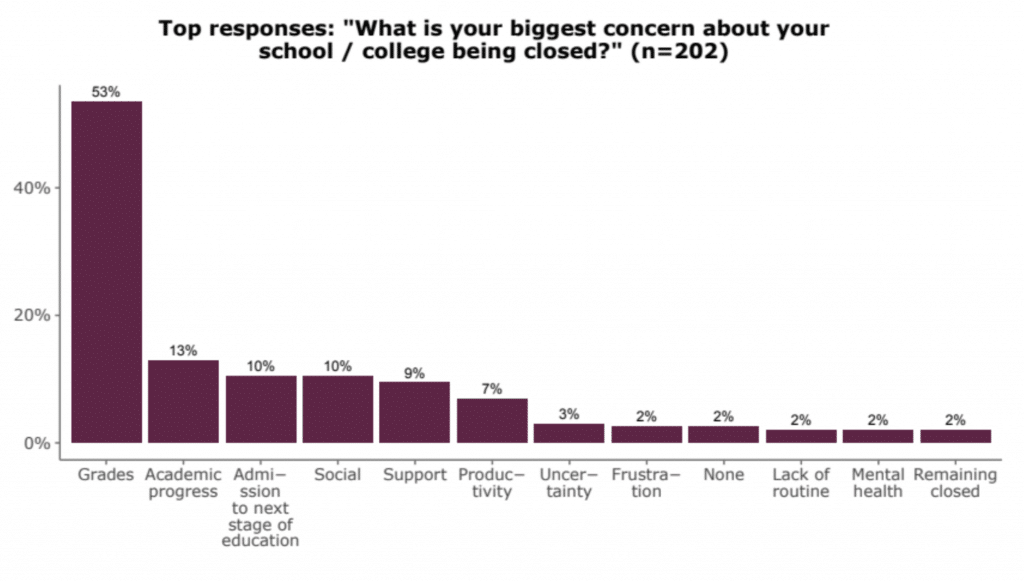 The disruption caused by the coronavirus pandemic this year is likely to have an impact on students’ decisions relating to employment and higher education and has the potential to widen the inequalities that exist when young people leave compulsory education. The study found that disadvantaged students were less likely to feel they had a plan in place for their future.

Perspectives on life in lockdown

The study also explored students’ perspectives on day-to-day life in lockdown, in their own words. When asked to describe life in three words, around a third of students (31%) expressed boredom and around a fifth (18%) described life as repetitive. However, students’ views were often mixed: 14% of respondents described life as “relaxed” or “relaxing”. 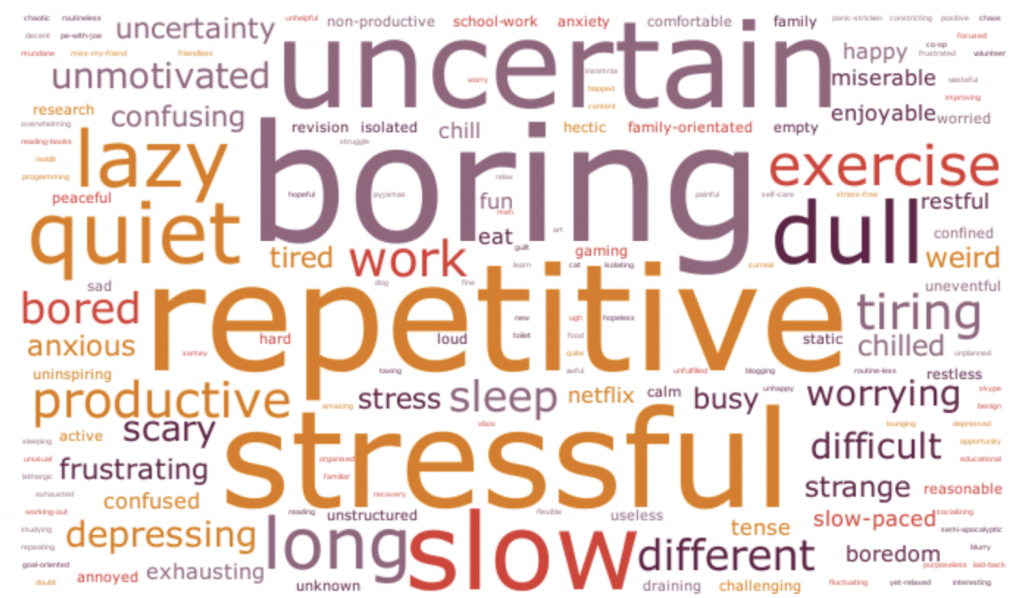 The report makes the following recommendations: 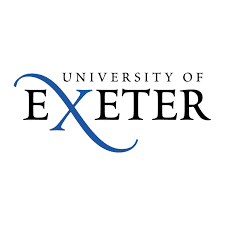