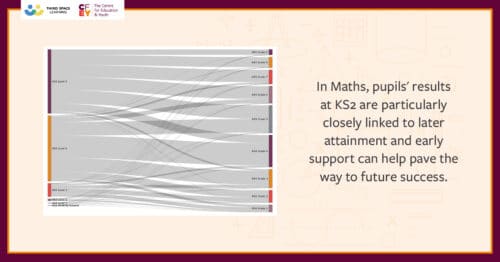 In partnership with Third Space Learning 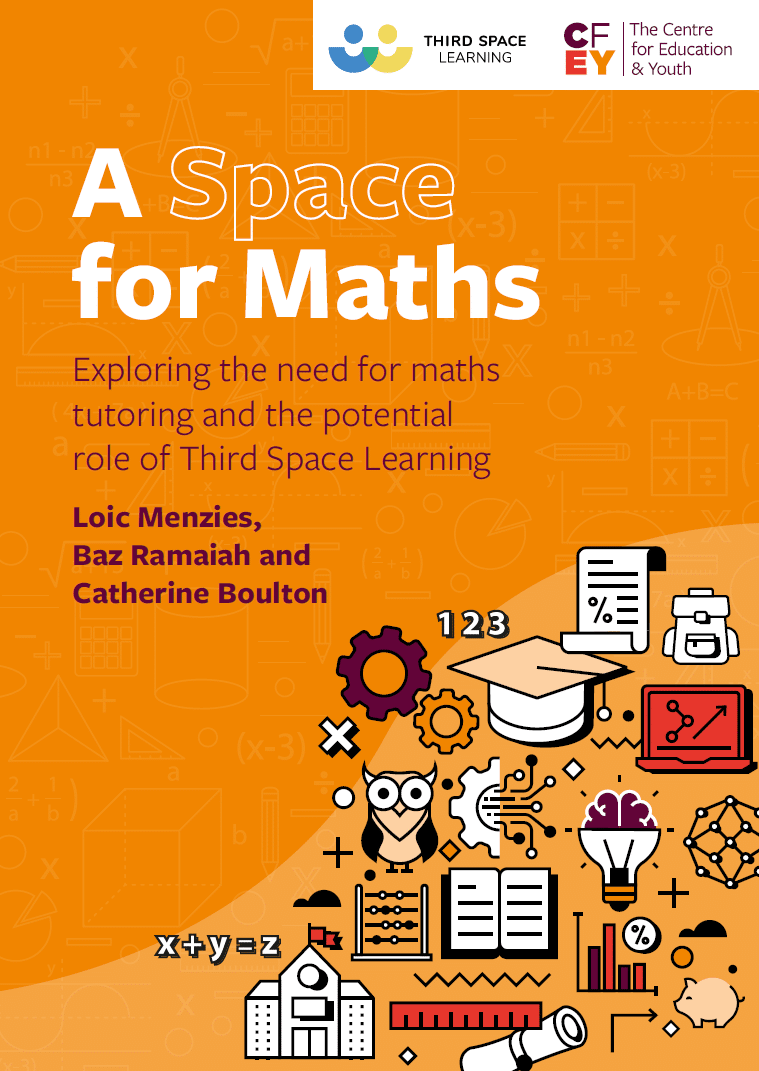 Our new report “A Space for Maths” warns that pupils face a “triple-whammy” of barriers to maths learning, putting their future life chances at risk

Our new analysis shows the strength of the relationship between maths performance at Key Stage 2 and pupils’ eventual results at GCSE level – a connection that is stronger in maths than other subjects. This means pupils who are behind in maths at primary school will find it harder to catch up with their peers by age 16 than those who are behind in other subjects, such as English. 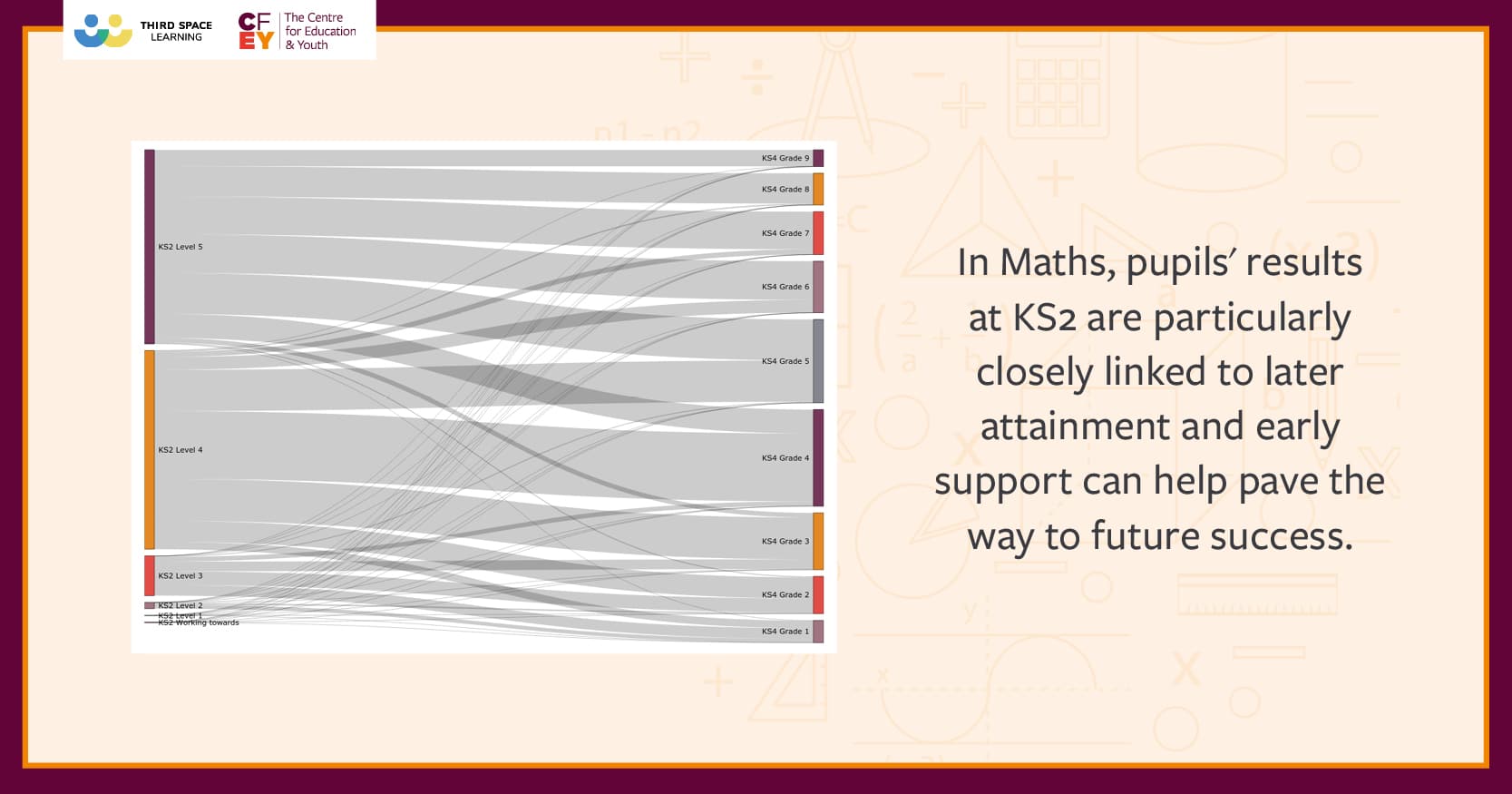 A Space for Maths calls for more support for primary pupils who are struggling with maths, especially amongst the 1.74 million students who are eligible for the Pupil Premium.

This early intervention is particularly important because the link between attainment and future earnings is stronger in maths than other subjects. A recent large-scale study from the Department for Education showed that the marginal return on an extra GCSE grade in maths was approximately double that of an extra grade in English. 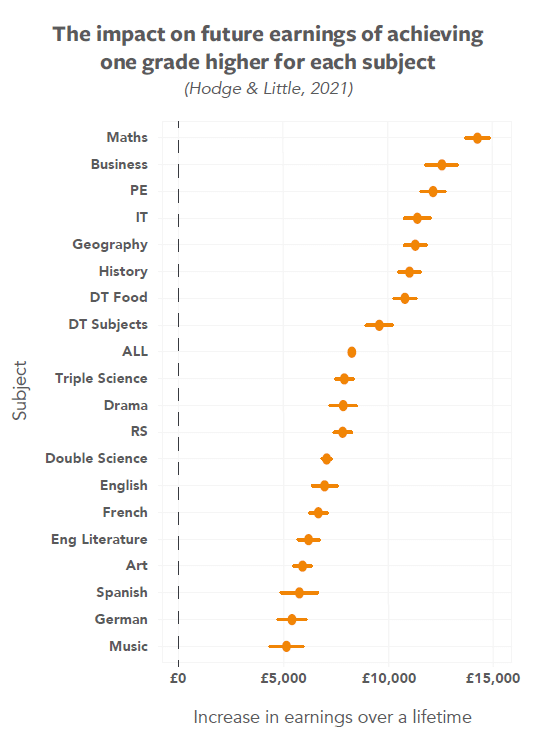 Further support is crucial given that an extensive body of international research shows that maths anxiety can overload and disrupt working memory during mathematical tasks, driving some pupils to avoid maths altogether.

Meanwhile, many parents lack confidence in their ability to support their children in maths, due to their own difficulties with the subject and changes in teaching methods since they were at school. 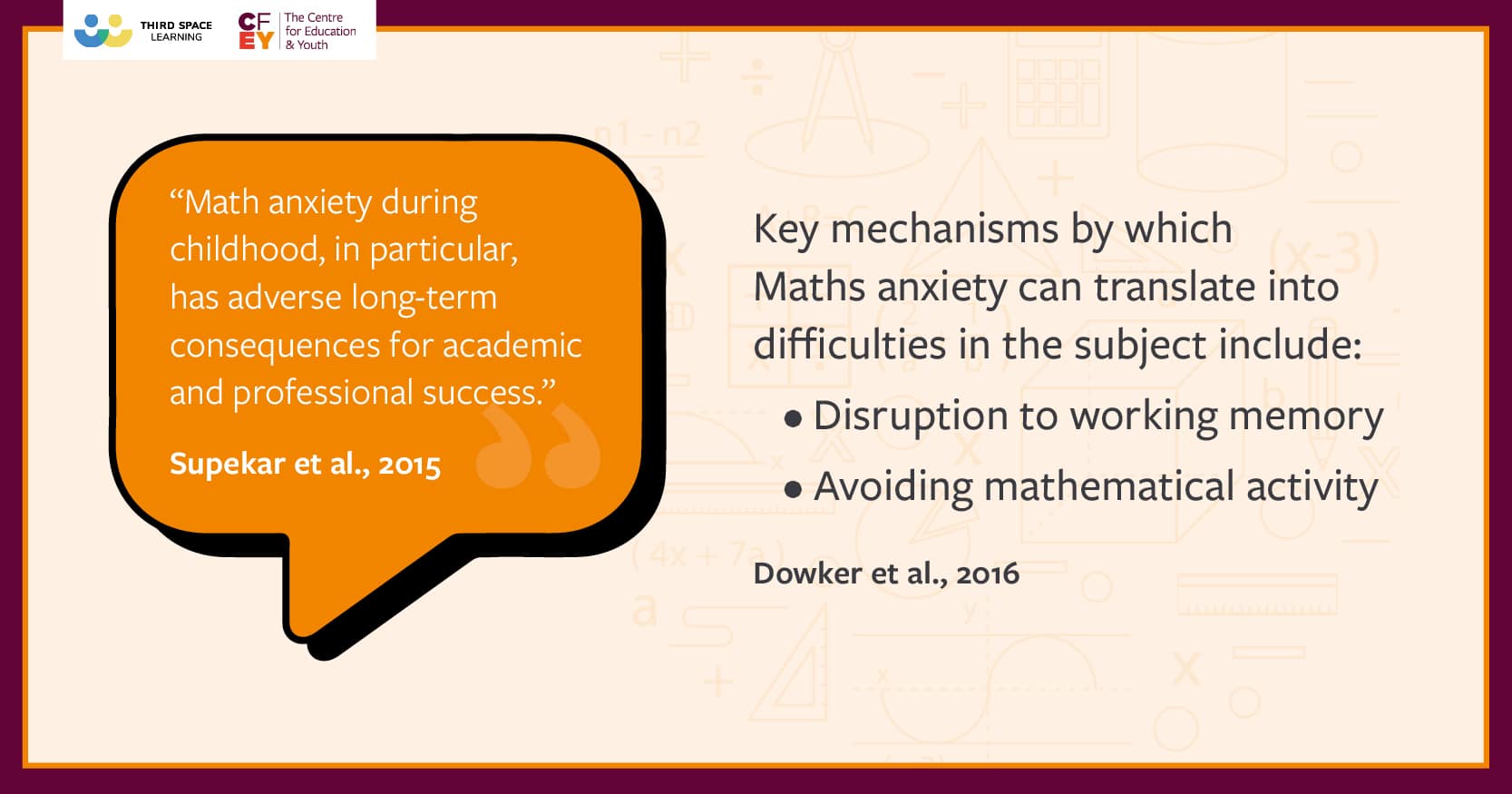 An extensive body of international research shows that maths anxiety can overload and disrupt working memory during mathematical tasks, driving some pupils to avoid maths altogether. Click To Tweet

We undertook our study in partnership with Third Space Learning, one of the companies involved in the first year of the government’s National Tutoring Programme. It looks in detail at the role that maths tutoring can play in:

It concludes that maths tutoring can make a valuable contribution but that there are big challenges involved, not least the scale of demand.

“Far too many pupils reach the conclusion early on in their educational careers that they can’t succeed in maths and the pandemic has thrown additional obstacles in disadvantaged pupils’ way, particularly in Maths. Yet skilled, one-to-one support in Maths at primary school has the potential to equip pupils with the foundational understanding that they need in order to unlock future success in the subject.”

The Department for Education, who is funding the National Tutoring Programme, has stated that they want to deliver 90 million hours of tutoring but although welcome, achieving these ambitious targets will require unprecedented tutoring capacity and, as yet, it is unclear how this will be met.

“This report underlines the critical role primary maths plays in children’s future outcomes, and how important it is that we tackle maths learning loss for this generation of children. In-school tutoring is an important part of the solution but, if we are to rise to the scale of the challenge, we must address the issues around funding and access to tutors. We’re pleased that this report shows that Third Space Learning can play an important role in closing the maths attainment gap and are keen to work with policy makers, educators and other tutor organisations to achieve this goal.”

We conclude with four requirements that any maths tutoring solution needs to meet: 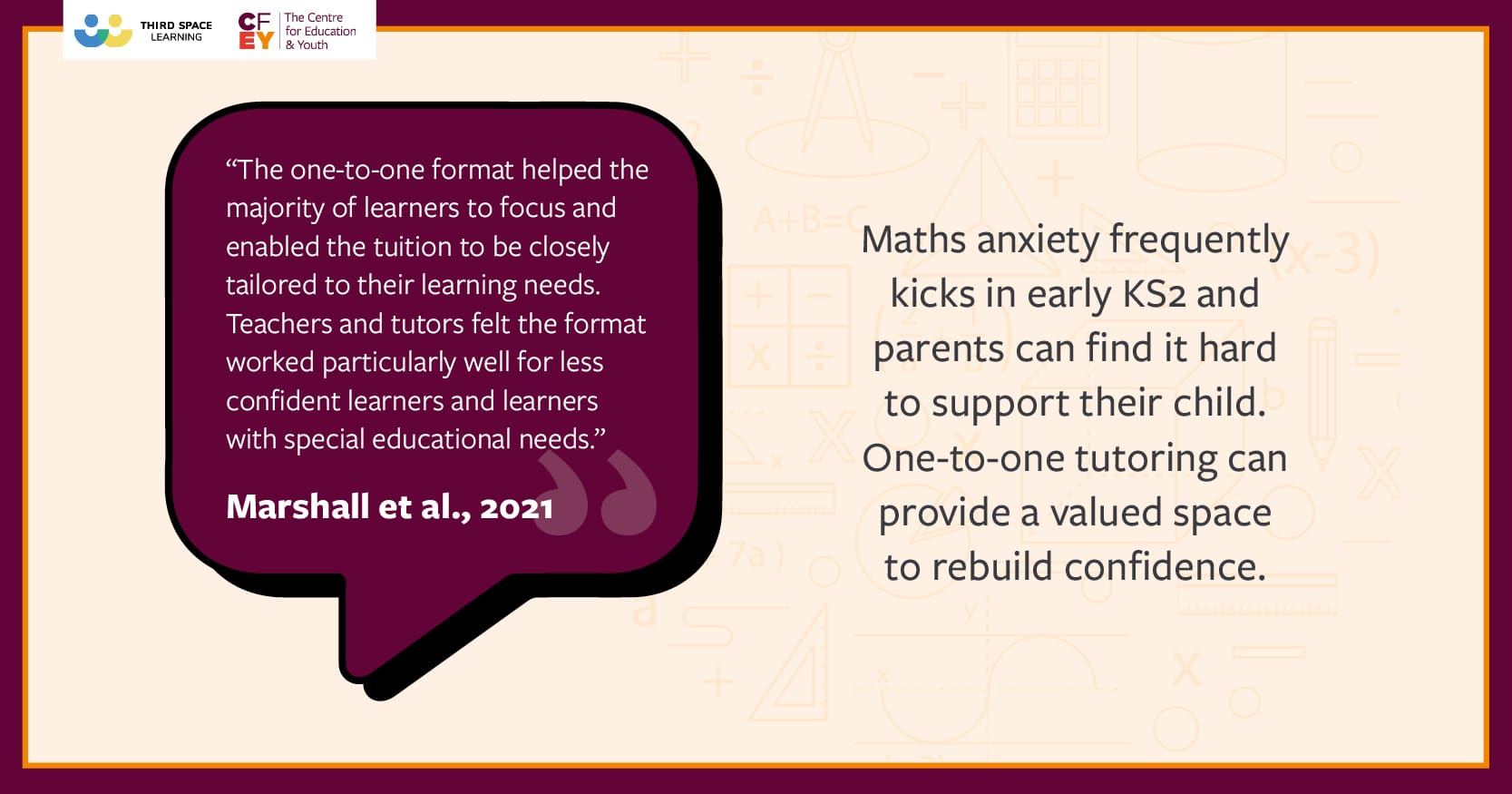