In partnership with The SCiP Alliance 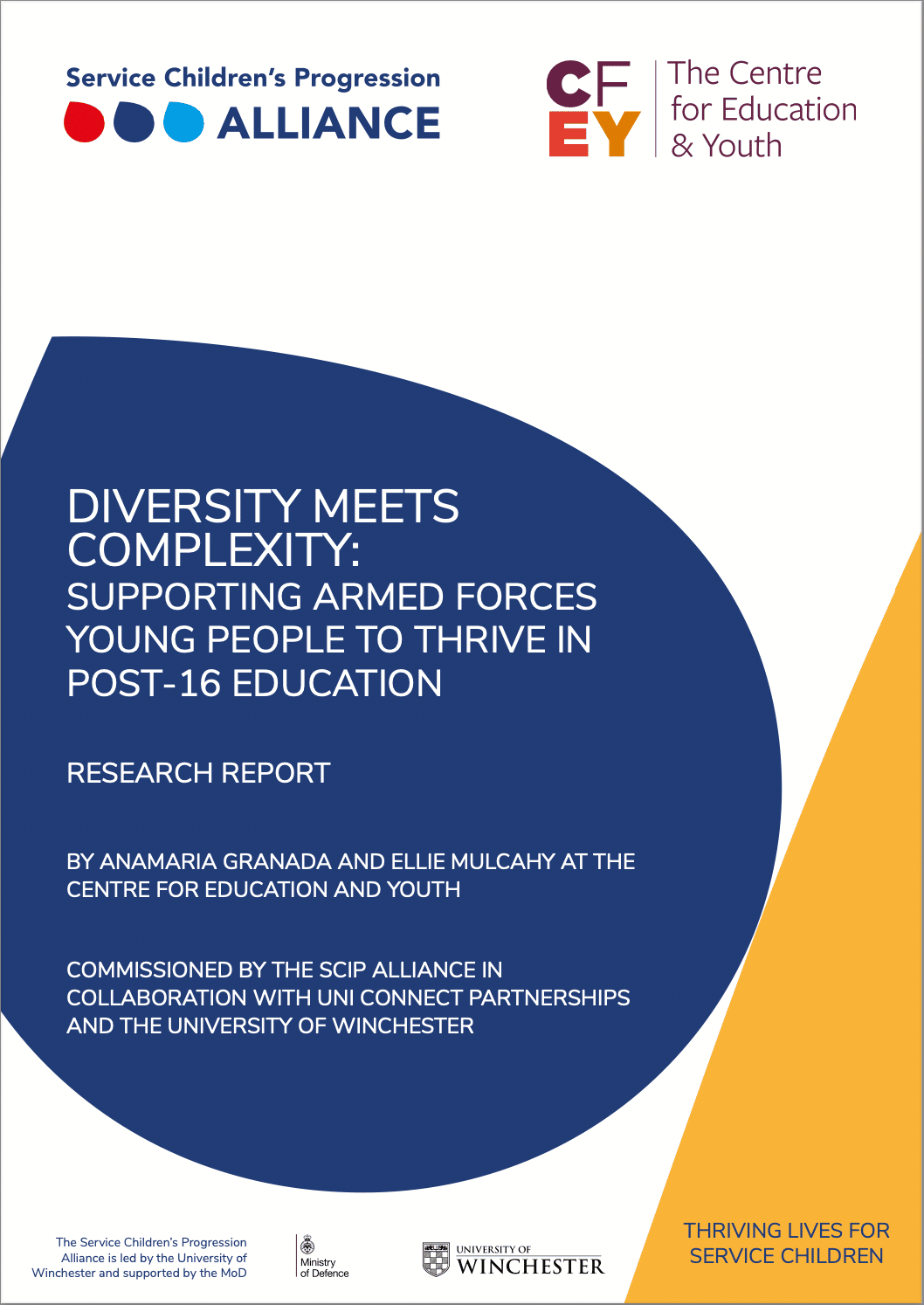 Today CfEY has launched a new report with The Service Children’s Progression Alliance (SCiP), exploring Armed Forces young people’s educational experiences between the ages of 16 and 19 across England, Scotland and Wales. To our knowledge, this is the first report to do so.

You can read the full report here.

Who are the Armed Forces young people?

The term Service or Forces child refers to a person whose parent, or carer, serves in the regular Armed Forces or as a reservist or has done so at any point during the first 25 years of that person’s life. As our research topic involves young people aged 16-19, we refer to this group of people as Armed Forces young people.

Despite Armed Forces young people having distinctive characteristics based on their parents’ or carers’ profession, the data available on school performance, attainment, progression and achievement is lacking and nearly non-existent for post-16 education.

What are the needs of Armed Forces young people in post-16 education?

We find that Armed Forces young people in 16-19 education are more likely to have needs arising as a result of to the following factors or experiences related to Armed Forces life:

What are the barriers that Armed Forces young people experience in post-16 education?

In addition, we identify the following system-level barriers which can also impact the educational experiences of Armed Forces young people and the likelihood that 16-19 education settings can effectively support them:

What action does the research recommend?

After discussing these barriers with young people, practitioners, and key stakeholders, we developed the following overarching recommendations for driving positive change:

FUNDING: Include the 16-19 sector in additional funding for the support of Armed Forces young people across England, Wales and Scotland

DATA: Create better systems for recording the presence of Armed Forces students throughout their education journey, ideally on a national level but, in the meantime, on a setting or system level.