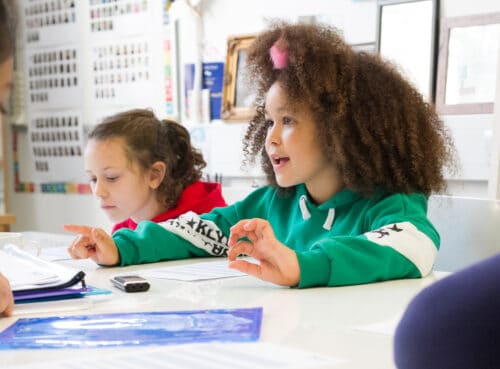 Important, timely and brave work is underway in Lewisham to improve racial equality in its schools.

Spearheaded by Naheeda Maharasingam, a local headteacher (and also a CfEY Fellow), a group of Lewisham headteachers and the Director of Lewisham Education, Lewisham Learning has developed a Pledge to tackle race inequalities in education and has asked schools to embed the actions and principles within it.

The Centre for Education and Youth is proud to be supporting Lewisham Learning in understanding perceptions of race equality in schools, and charting the impact of work to improve race equality.

“Lewisham schools and colleges have pledged to embed race equality. To this end we are actively embedding race equality within leadership, the curriculum, and relationships with pupils and the parent community. Lewisham’s leaders are committed to a journey to transform Lewisham education so that it is truly, and consciously, for everyone.”

Between June and September 2021, over 1,000 pupils, 333 school staff and 36 senior leaders completed surveys asking about their perceptions of race equality in their schools, and the work underway to support this.

In this research blog we outline some of the findings from the survey responses.

We found that pupils from White backgrounds were more likely than their peers from other ethnic groups to say there is racial equality between pupils at their school. (We particularly focused on the comparisons between White British pupils’ responses and Black Caribbean and Black African pupils’ responses, as we received the most responses from pupils in these groups).

New survey data reveals that pupils from white backgrounds are more likely than their peers from other ethnic groups to say there is racial equality between pupils at their school. Read more about @TheCfEY and @LewishamLearn's research, here:… Click To Tweet

Relationships between teachers and pupils

The majority of pupils said teachers apply behaviour policies ‘quite consistently’, and Black Caribbean and Black African pupils were about as likely as White British pupils to believe their teachers have high expectations of them.

White pupils and pupils of mixed heritage were more likely to ‘strongly agree’ than Black African and Black Caribbean pupils that they feel comfortable talking to teachers and staff about race. Black Caribbean and Black African staff were around twice as likely to ‘strongly agree’ that they feel confident talking to pupils about race, in comparison with their White British colleagues. 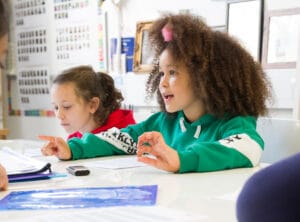 A majority of teachers agreed that their school communicates effectively with parents/carers. However, White British staff were slightly more likely than their Black Caribbean and Black African colleagues to ‘strongly agree’ that this is the case.

Overall, around 4 in 10 pupils ‘strongly agree’ that they learn about issues relating to black history and racial diversity at school. There is little difference in the proportion of White British, Black Caribbean and Black African pupils saying this.

White staff were less likely than their Black Caribbean and Black African colleagues to ‘strongly agree’ that they feel confident in their knowledge of Black history and racial diversity within the subjects they teach.

Staff said the biggest barrier to racially inclusive curricula is a lack of resources that are diverse and representative enough. Time is the second most cited barrier by staff. The most common reasons for selecting ‘other’ included leadership and focus on other pupils such as those with special educational needs and disabilities.

A majority of staff said they ‘strongly agree’ they feel confident in undertaking their day-to-day responsibilities. However, White staff were around twice as likely to ‘strongly agree’ that they receive the support they need to succeed in their roles, and more likely to agree that they can achieve their career aspirations at their school, in comparison with their Black Caribbean and Black Africa colleagues.

The most commonly cited places from which staff would seek support for improving their practice were professional training, curriculum and learning resources and senior colleagues.

Black Caribbean school leaders were more likely than their White British peers to say race equality is an ‘essential priority’ for them personally, their senior leadership teams, wider teaching staff, governors and trustees, and LA/MAT leaders.

Research from @TheCfEY and @LewishamLearn has found that Black Caribbean school leaders were more likely than their White British peers to say race equality is an ‘essential priority’ in schools. You can read more here:… Click To Tweet

The survey findings are revealing, and provide a justification for a focus by Lewisham Learning on race equality. The borough is brave for instigating this important work, and a trailblazer for tackling head-on issues that too often get ignored.

Next, CfEY will conduct focus groups with local pupils and staff, enabling us to explore staff and pupils’ perceptions and experiences in greater depth.

If you found this research blog interesting, then we suggest you also check out Vanessa Joshua’s recent blog on hair policies.