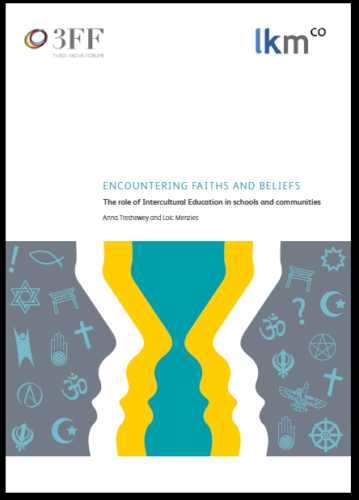 Encountering Faiths and Beliefs: The role of Intercultural Education in schools and communities 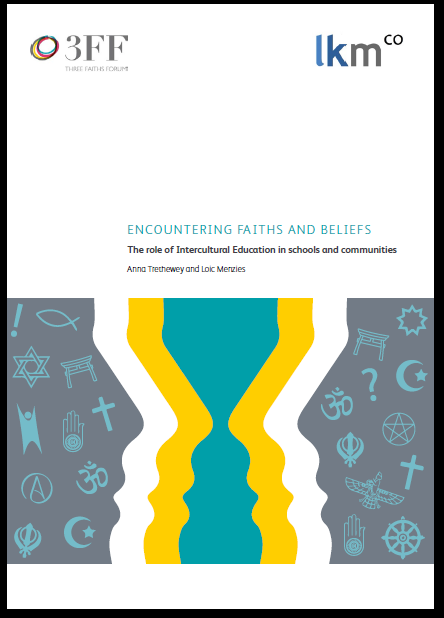 Drawing on the experience of educational experts working in schools across Britain, “Encountering Faiths and Beliefs” argues that pupils from different backgrounds need to interact with each other to build tolerance and understanding. It proposes several principles for good practice, including:

According to the report (which can be downloaded here), positive interactions help people bridge cultural divides. However, the report cautions against a half-hearted approach – as lead author Anna Trethewey explains:

“Given the sensitive nature of the issues, bad intercultural education can be worse than no intercultural education at all. Our research uncovered examples of poor intercultural education that only reinforced stereotypes or which took an unbalanced and tokenistic approach. In one example, people had invited guests to a synagogue, but were then denied access to a church on a reciprocal visit. In another case, a faith leader preached at their audience and allowed little space for dialogue.”

In contrast, effective Intercultural education brings people together across difference. This means helping pupils recognise commonalities but also supporting them to engage in tough conversations about difference. 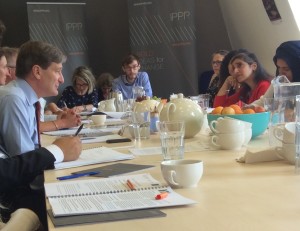 Speaking at the launch of the report, Dominic Grieve QC MP said:

“The conclusions of this report seem to me to be just what we need”.

The report argues that schools should equip pupils with the language to explore challenging questions and not just learn facts about religious beliefs, but what it is like to live with them; so-called ‘lived belief’.  For example, whilst an RE lesson might look at Islamic beliefs around the hijab, one effective intercultural education session involved a Muslim women explaining why she changed her mind about wearing the hijab and what her experiences were like once she began to wear it.

By drawing together intercultural education practitioners’ experience and expertise ‘Encountering Faiths and Beliefs’ shows that a positive response to the so-called Trojan Horse episode and rising extremism is possible. The report argues for an approach that is not just reactive but which equips people for life in a diverse society.

According to Tamanda Walker, Training Manager at 3FF:

“We live in a multicultural society, but not necessarily an intercultural or an interfaith society. We have communities living together side by side, but how much they interact and the quality of the interaction can really vary.”

“There is an urgent need to promote effective methods for policymakers and educators to better deal with the complex realities around religion and belief. Young people need the skills to successfully navigate and thrive in our diverse society. Through our work in both the UK and Sweden have seen first-hand how intercultural approaches can help shift perceptions, attitudes and behaviours in a more positive direction.”