Teaching for a post-fact world: What should schools do about social cohesion? 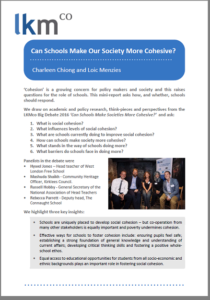 Our new report, published this morning argues that divisions revealed by Brexit mean teachers and schools cannot avoid confronting the faultlines in our society. However it also points out that building cohesion should not require new curricula and frameworks.

“Can Schools make our society more cohesive?” argues that schools are already too stretched to take on new responsibilities. However they remain uniquely placed to mend broken bridges between communities. They should therefore build cohesion through existing activities and work with partners from their local and wider community. It provides a range of examples of how some schools and other organisations have done this.

Whose job is cohesion?

The report goes on to argue that even in homogenous areas, poverty consistently undermines cohesion.  It highlights research by Laurence and Heath showing that disadvantage is a stronger negative-predictor of cohesion than race.

“Schools have the opportunity to be a bit like Heineken, they reach some of the people that some of the other organisations don’t get access to. But at the same time it’s not our job. My label is that I’m a teacher. I’m not necessarily there to teach social cohesion. But if I don’t – we’ve all been on the receiving end of disputes between families or factions in the community that have spilled over into school.”

The report, “Can Schools Make Our Society More Cohesive?” combines exclusive new insights from school leaders and education experts as well as a body of academic literature. It identifies factors affecting social cohesion, and current barriers faced by schools that want to do more. 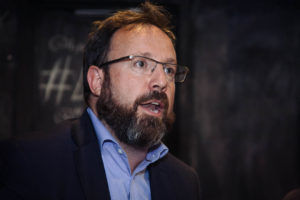 Whilst the report does not argue for curriculum change, it highlights renewed calls from Russell Hobby, General Secretary of the National Association of Head Teachers, to make Personal Social and Health Education (PSHE) compulsory, since it would help give Head teachers licence to address controversial topics in the face of community opposition.

The report also provides examples of unusual and innovative practice around the country, including the work of Mashuda Shaikh, Community Heritage Officer for Kirklees Council. In one case she took an Israeli Jewish conscious objector into a predominantly Muslim girls’ school. As she puts it: 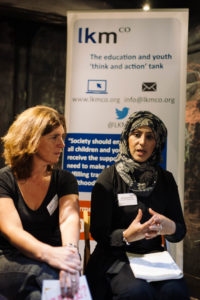 “It did wonders – that’s what cohesion’s about, it’s about getting a different perspective.”

Full Conclusions from the report 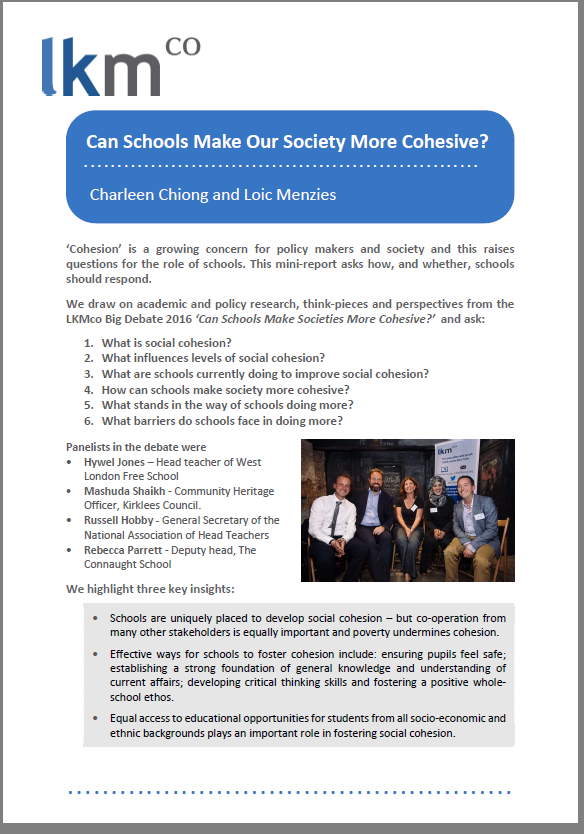