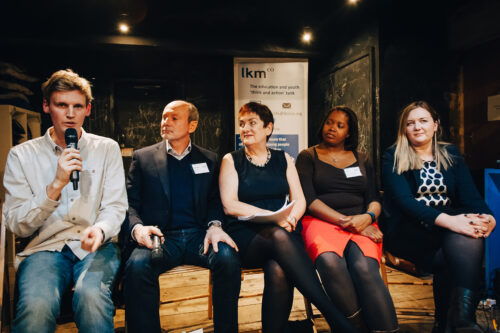 This year I got a civil partnership and became a parent for the first time (mandatory baby pic, below). To complete a trinity of life events, I’ve got a new job as an Associate Director at the research consultancy SQW where, alongside continuing my work in education, I will contribute to work in health, social care, innovation and sustainability. 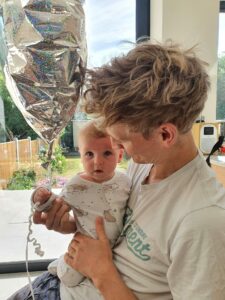 Leave the party when you’re having fun, so the saying goes, and that’s what I’m doing. Nevertheless, it is strange and exciting typing the words ‘Today’s my last day’.

It’s often these moments when we’re about to step forwards that we look back and, reflecting on my six very happy years at CfEY, want to share six things I’ve learnt in this time:

1. Change can happen without DfE and Ofsted mandating it

Too often debate about policy focuses on what the government can do. Yet practitioners working with young people can and do make change happen without needing the DfE, Ofsted, or anyone else’s say so.

Through CfEY’s work, for example on oracy, covid recovery, assessment and careers education, I’ve seen first-hand how liberating it is for practitioners in schools and youth organisations to implement change (whether incremental or radical) without deferring to higher powers for approval.

Sound the cliche klaxon! That we (the institutions supporting young people) can achieve more by working in partnership seems self-evident, but again this is something that is too often overlooked.

Most recently I’ve experienced this in CfEY’s work for the Gatsby Foundation examining the role of youth organisations in the provision of careers guidance. Coordinated, strategic collaboration between formal and non-formal settings could potentially turbo-charge careers education.

Our evaluation for the Mercers’ Company highlights how the coordination of resources between partners helps to move the dial in terms of young people’s access to opportunities post-16.

CfEY’s book, Young People on the Margins, highlights how damaging a lack of coordination between services can be for young people.

3. Aesop had it right

I’ve always liked Aesop’s fable about the sun and the north wind in which the sun uses warm radiance to win the day.

I joined what was then LKMco in 2016, exactly one month before the Brexit referendum took place. Since then, public discourse has rarely been characterised by warmth, empathy and balance.

However, these are – I believe – often the most likely means of moving debate forwards. The launch of the Oracy APPG’s ‘Speak for Change’ Inquiry report – written by CfEY – was attended by politicians and practitioners of myriad stripes and opinions. It is this broad coalition that has helped spread oracy through schools. 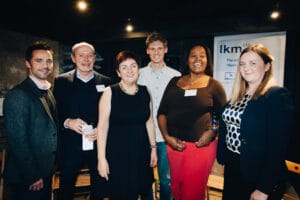 In 2017 the panellists speaking at the launch of CfEY’s Testing the Water report included NEU’s Joint General-Secretary, Mary Bousted, and now-Tory-SPAD Mark Lehain (here’s a picture to prove it). This was anything but an echo chamber. The debate was robust but constructive, demonstrating that consensus can be found in sometimes-unlikely places.

4. Anger can be a force for good

That said, anger has a necessary, important and legitimate place in how we think and talk about policy.

In lots of my fieldwork, I’ve heard young people and the adults who care for and support them express calm, articulate anger. For example, this has been true in our research for Lewisham Learning examining race equality in the borough, and for our GLA-commissioned ‘Boys on Track’.

5. It’s OK to change your mind

I lose track of how many times I’ve changed my mind over the years.

Luckily I’ve been surrounded by colleagues and other interlocutors who’ve been more than happy to set me straight.

For example, I’d describe my views on assessment when I began working on Testing the Water as ‘fluffy’, and conversations with the likes of Loic Menzies, Iesha Small, Geoff Barton, Alison Peacock, Daisy Christodoulou, Becky Allen and Dylan Wiliam soon put a stop to that.

Finally, working at CfEY has shown me how it is possible to be professional without being pretentious. 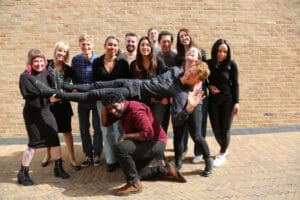 In six years I’ve worked with a fabulous bunch of smart, passionate and funny people.

Despite my excitement about moving on to pastures new, I will miss them hugely.

Keep in touch with me at @willmillard1.